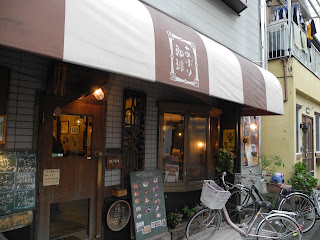 I caught this particular song during one of the episodes of NHK's "Nodo Jiman"（のど自慢）that had been doing a retrospective of the 2019 singers a few months ago just before the entire show was put on hiatus (although the website has announced that it will be returning in some form from August 23rd). Of course, it was an amateur performing it but it sounded so heartwarming that I wanted to know who the original singer was.


The song is "Home" by Osaka-born Yuusaku Kiyama（木山裕策）, and the singer's own story leading up to his debut single is just as heartwarming and also inspirational. In fact, it's somewhat reminiscent of Kei Ogura（小椋佳）in that he was working as a bank employee until he found his second calling as a singer-songwriter decades ago. Kiyama himself, according to this J-Wiki bio, is currently a section chief in an advertisement publishing company.

Back in 2004, he had been diagnosed with a malignant tumour on his thyroid gland which necessitated surgery, but with the risk of damage to the nerves attached to his vocal cords. Kiyama then resolved that if the surgery were a success and he were able to speak again, he would follow his dream of singing. The operation was indeed successful and the rehabilitation went so well that he could take up that dream. He even recorded his voice on a CD for his children.

A few years later in 2007, he entered an NTV audition program called "Uta Star!!"（歌スタ!!）to sing a couple of songs, Ken Hirai's（平井堅）hit "Hitomi wo Tojite"（瞳をとじて）and "Piano Man" by Billy Joel, a singer that he greatly admired. One of the judges on the show, musician and composer Kunio Tago（多胡邦夫）took notice of Kiyama and created the song "Home" for him to be performed on "Uta Star!!". Unfortunately, the first time wasn't a pass for the budding singer, and he started thinking about giving up on making a major debut, but with some coaxing from Tago, he tried a second time and passed.


Kiyama debuted in February 2008 with "Home", and several months later, he even got invited onto the Kohaku Utagassen. Since then, whenever he has time off from work, he has continued with his singing career and up to this year, he has released 3 singles, 4 albums and a mini-album.
Posted by J-Canuck at 7:53 PM