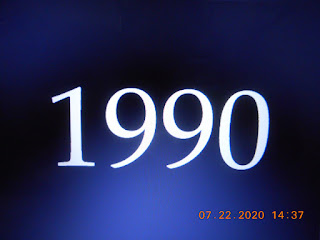 A bit early in the week for some of the funk and groove perhaps but that's OK. KKP contributor JTM has often espoused the talents of a Japanese singer, GWINKO, so I was able to write about "Yokubari na Weekend"（よくばりなウィークエンド）. This singer is definitely one example of late 80s/early 90s funk and groove in Japan, and the video for "Yokubari na Weekend" provided the most entertaining trip to the mall that I've seen in a while.

The song was also included in GWINKO's 4th album "I'm In" from July 1990, and the lead track for the album is "Natsu no Owari, Chikazuita Sora" (The End of Summer, The Approaching Sky). This is another bouncy R&B tune which starts with some smacking drums before GWINKO sings about some stormy clouds hovering a relationship which ends with one of the couple being dumped on the beach. I didn't think that breakups ever deserved their own choreography considering all of that wonderfully funky bass and light tripping on the piano. I'm pretty sure if GWINKO had ever decided to get a music video for "Natsu no Owari, Chikazuita Sora", it would have had plenty of beach blanket boys and girls dancing on the sand.

"Natsu no Owari, Chikazuita Sora" was written by Junko Ohyama（大山潤子）, who also took care of the aforementioned "Yokubari no Weekend", while Yoichiro Kakizaki（柿崎洋一郎）came up with all that funky music.
Posted by J-Canuck at 4:21 PM