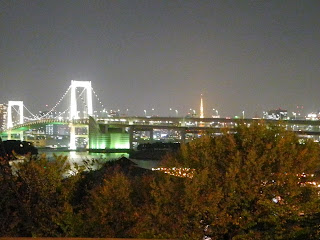 About four years ago, I put up an article regarding Keiko Mizukoshi's （水越けいこ）"Tokyo ga Suki" (I Love Tokyo) from 1979, one of those prime examples of Fashion Music. The song had that European resort feeling of lounging on that chaise longue while being fed a bunch of grapes.


Well, I didn't know it at the time but Miyuki Kosaka（小坂みゆき）had covered the song as her 15th single in May 1983. Following the general pattern of sad bitterness over possibly being dumped by a cad in Tokyo, Kosaka's cover still has enough of a different arrangement to make the song quite interesting.

In comparison to the original by Mizukoshi, this newer version takes things a bit more closer to home...or I should say, closer to my old stomping grounds of Japan's biggest city, so there is that slight feeling of City Pop. And yet, at the same time, there is also a sensation of a kayo-esque arrangement in there, too, although I wouldn't quite put it in the same class as Mood Kayo. The other thing is that when the chorus sang the title in the Mizukoshi original, there was a sense of "Ach, c'est la vie! Allons-y!" with the lass sloughing off the melancholy like an old coat, whereas in the Kosaka cover, the woman there hasn't quite reached the point of moving on just yet and she's still in the rainy café in Omotesando or some other tony establishment.

As with Mizukoshi and Kosaka, I love my Tokyo, too. And right now, things are looking pretty grim over there with the higher rates of infection from COVID-19. I've been checking with a few friends in the past couple of days; it looks like they're hanging in there and luckily, they're still safe and healthy.
Posted by J-Canuck at 7:45 PM