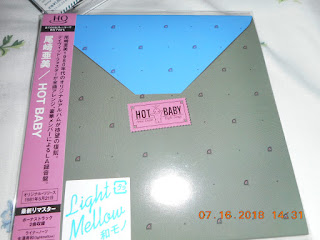 Welcome to Friday! The long history of pop music here has included songs with people's names as the titles, probably the majority being women's names. I remember "Laura", the title theme for the famous film noir of 1944 (man, that original rendition actually sent a wonderful shiver up and down my spine). Then, there is "Sherry" by Frankie Vallie & The Four Seasons that I used to hear when I was a kid...mostly through those K-Tel LP Greatest Hits commercials. Plus, I can throw in TOTO's "Rosanna".

But along with "Rosanna", there was another pop hit that became one of my touchstone songs for my beloved decade of the 1980s and that would be "Gloria" by the late Laura Branigan in 1982. I heard this on loud and heavy rotation from a radio that one resident in the townhouse complex where I had been painting fences during my summer job period. Recently, "Gloria" was adopted as the victory song for the NHL's St. Louis Blues in their successful march to the Stanley Cup championship last year. Nice to hear that one again after so long.


I've found that Japanese popular music has been no stranger to "name" song titles, either. Hirofumi Bamba（ばんばひろふみ）came up with his ballad for "Sachiko" and Mariya Takeuchi（竹内まりや）provided her melancholy cautionary tale with "Natalie".

The tradition continues here with Ami Ozaki's（尾崎亜美）"Angela", a track from her 1981 album "Hot Baby". As I mentioned in that article, the album is a City Pop/J-AOR classic thanks to Ozaki's collaboration with Airplay (David Foster & Jay Graydon) and members from the aforementioned TOTO. My feeling is that Ozaki most likely went over to the United States for recording instead of the other way around. But if Steve Lukather and Jeff Porcaro had gone to a Tokyo recording studio and needed to use the washroom, would the staff member have cheekily said "TOTO, meet Toto"?😛

OK, well, we'll flush that down the toilet right now. Getting back to the main part of the story, I think the album really has that Airplay touch, and hearing "Angela" with that drum rush, those specific keyboards and those guitars, it's so Airplay/TOTO, it hurts! I have that sudden craving to either wrap a pink cardigan around my waist or get a mullet haircut.

Ozaki provided words and music with Foster handling the arrangement. And it's unmistakably her song due to her vocal style and the original melody. The really bouncy music is set alongside lyrics that describe Angela as a real handful. In fact, this may be a song about either a tsundere or the masochistic guy who adores her, despite her temper tantrums. I'd probably say the combination would make for an ideal theme song for some sort of rom-com live-action TV series or anime.
Posted by J-Canuck at 1:10 PM