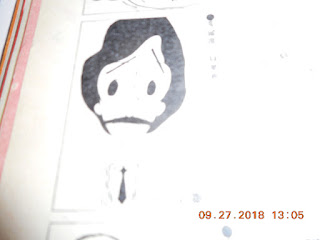 Masayuki Suzuki（鈴木雅之）, who is currently the sophomore anison singer, has been given the eternal title of The King of Love Songs. Well, to share the wealth so to speak, perhaps I can knight another wonderfully cool crooner as The King of Kansai Soul. The recipient of that sword tap on the shoulder is Masaki Ueda（上田正樹）, born in Kyoto and partly schooled in Hyogo Prefecture, and who's been most famous to me for his "Osaka Bay Blues" originally recorded in 1982.


In the same year that Martin came out with one of my favourite songs by him, "Mou Namida wa Iranai"（もう涙はいらない）, Ueda released his September 1992 single "Wagamama" (Selfish). When I first heard "Wagamama", I automatically recognized his similarly smoky vocals but this time with a City Pop arrangement that reflected those early 1990s, primarily through the synths and other keyboards. Once again, it's all about the champagne-and-caviar feeling for that era of City Pop although I think by 1992, the Economic Bubble had already burst.

Written and composed by Ueda, the mellow and loving melody also has lyrics of some consternation from the protagonist who's actually hoping the affair will end but not because of any loss of love. Apparently the whole thing has been too exquisitely painful.

To end the article, I guess my final comparison between Suzuki and Ueda is that whereas the former looks like a nightclubbing tough guy, I've always found the latter to be more of the professorial cool guy. Would be interesting to know whether the two soul singers have ever collaborated.
Posted by J-Canuck at 8:21 PM