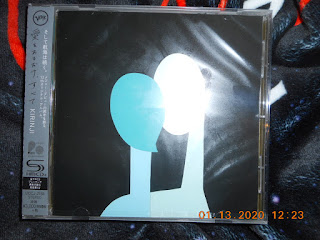 I still remember patches of my first Xmas party outing as a University of Toronto student at the end of 1984. Most people have to learn some lessons the hard way. Well, this was one of my hard lessons about what my alcohol limits were and how even too much of a small thing can lead up to a big, bad thing.

From what I can piece together, a bunch of us went out on the town after exams which isn't too difficult for U of T students at the downtown campus since it is located literally smack dab in the centre of it all. I was knocking back a combination of cocktails consisting of Screwdrivers and Creamsicles at the various stops on our barhopping which included a swanky bar at the top of the Manulife Centre. Now, for everyone who knows their cocktails, a Screwdriver or a Creamsicle isn't exactly the most potent mixology creation on its own but try drinking a series of those in quick succession over about 5 hours. By the time we reached an all-night restaurant in Chinatown close to 3 am, my world was spinning and by the time one of my friends gallantly drove me home in his new car, so were my internal organs. The terror for him was that the cream-coloured interior of his automobile risked taking on a few more colours if he didn't get me home lickety-split (or splat).😵

Thankfully, he got me home intact. The lad literally poured me outside of the building doors and I miraculously got inside and into bed. Some 10 hours later, I woke up in the afternoon having bypassed the horrible hangover phase during my deepest of sleeps, although one of my parents verbally tore into me for my nonsense.😌


Indeed, I was reminiscing about my hard lesson as I was listening to Kirinji's（キリンジ）"After The Party". This is another marvelous track from the band's marvelous 2018 album "Ai wo aru dake, Subete"（愛をあるだけ、すべて）. The album has tracks depicting things like a sci-fi thriller, one of the catchiest love letters to the Doobie Brothers, and a lovely disco tune for middle managers, so why not an adorably comical post-party amble home in the wee hours?

Takaki Horigome（堀込高樹）was responsible for this track which keeps things solidly in the pop category. The spacy synths are more subdued here and a bluesy guitar comes more to the fore. If I'm not mistaken, it's Erino Yumiki（弓木英梨乃）on the main vocals as she relates the story of a young woman pouring herself out of the taxi after a long night in a dress that probably needs reconstructive surgery. There is even a shoutout to Siri as she helps her mistress find her way home and the lady even does what probably a lot of folks (myself included) have done after a long night out on the town: drag herself to the neighbourhood all-night conbini to get something refreshing. As it turns out, all of that carousing may have been caused by a romantic breakup necessitating the poor lass to try to drink all of those blues away with buddies. Well, as long as she didn't throw up inside the taxi...🚕
Posted by J-Canuck at 8:40 PM