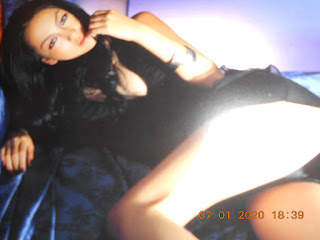 Good heavens! It's been a long time since I wrote about Mika Nakashima（中島美嘉）. Was able to find one of her appealing jazzy ballads from "Love Addict".


Like that title "Aroma", the song is quite heady in the intro with the aural twinkling and the bluesy guitar. Written by Nakashima and composed by singer-songwriter Yoshiko Goshima（五島良子）, "Aroma" has that attraction of listening to it in an intimate basement club...the one with that brick wall behind the performer. Along with the guitar and groovy keyboards, I do hear those drum brushes sliding on the snare and a more subtle bass puffing away. Lovely solo they have, too.

Nakashima's lyrics are bittersweet. She describes someone recovering from a relationship that didn't end too well. There's the hurt and resentment but also the aroma of the former lover that she still can't quite let go of.


"Aroma" first made its appearance in "Resistance", Nakashima's first mini-album from November 2002 and it hit No. 1 for 2 weeks. The one version that I have is her live performance of the song that has been recorded onto "Love Addict" that came out in April 2003 and peaked at No. 5.
Posted by J-Canuck at 2:32 PM