Down the Ginza Line


This is pure Thursday whimsy on my part. For the past few days, I'd been thinking about doing an article involving one of the main subway lines in Tokyo, the Ginza Line which according to Wikipedia is the oldest subway line in Asia, having started on December 30th 1927. Obviously, I have no intention on giving a history lesson on the line but I do want to feature some of the kayo kyoku that have some attachment to the five areas whose subway stations are on the Ginza Line. However, I won't be giving any major information on the songs since the links will take you to the original articles. All I just want to do is relate the walk and a few impressions along the way.

Ah yes, the walk. I also received some inspiration to do this because I still remember my just-as-whimsical but totally insane-and-exhausting decision one day during the Golden Week holidays to actually walk down the streets that have the Ginza Line underneath all the way from Asakusa Station to Shibuya Station. My feet are still muttering to me years later "I'm still not letting you live this down!".😠

Just to let you know in advance, most of the tunes listed here are in the older kayo genres of enka and Mood Kayo, probably because when they were first recorded, there was an interest in putting the various neighbourhoods of Tokyo into music when the metropolis was getting back on its feet in the postwar period and pulling in lots of young people from all around Japan for work. 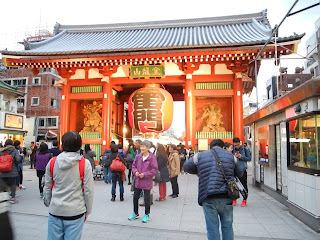 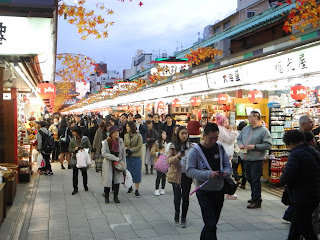 I got off at Asakusa Station to start the trek on that day in May. Asakusa still garners a lot of affection as a place where I was working for a couple of years (1995-1997) early in my Tokyo career as an English conversation teacher. Got to see the Samba Festival and the Sumida River Fireworks Festival, and frankly speaking, every day was pretty much a festival with Kaminarimon and Nakamise Dori just around the corner from the school. The shopping streets were great for getting everything from some of the cheesiest Japan-themed souvenirs to some really soft and crunchy yaki manjuu.

Before I made the decision to go ahead with this project article, I had hesitated a bit specifically because I had covered Asakusa and Komadori Shimai during my series of articles while I was on my 2017 trip to Tokyo. Then again, I figured at my age, I was already repeating old stories to my buddies in person so why not do the same in print? 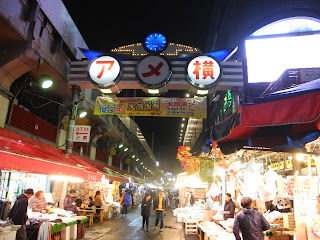 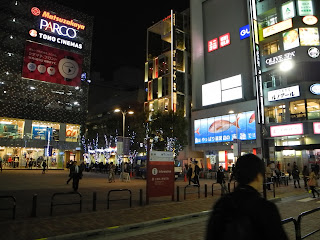 A 20-minute walk from Asakusa got me to Ueno...not bad at all. I must have performed this major walk on May 3rd, aka Constitution Day, since I did see the ultra-right extremists getting their gear ready near Ueno Station (including the ear-splitting megaphones) while the riot police were setting up their vans.

Ueno also holds a dear spot in my heart since it was the area where I had received my training at NOVA for a couple of months before I was assigned to Asakusa. There was a lot of shopping and noshing to be had in this area since there was the Ameyoko shopping street and I got to learn a lot about the places with bento boxes for lunch. Speaking of Ueno Station, that place has undergone a lot of renovation in the years that I was living in Japan. It was a fair bit grottier back then but it's been gussied up with stylish cafés, restaurants and the like. 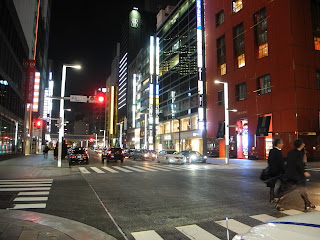 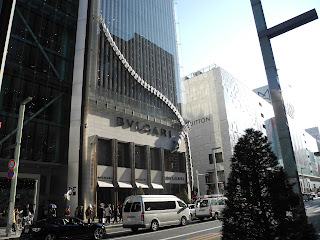 The walk took me from the older traditional districts to the more modern and skyscraper-filled parts of the city, and that includes Ginza. I may have gotten lunch here during the epic walk, but if so, I can assure readers that it wasn't at any of the swanky joints that Ishihara probably frequented. Most likely, it was at the very first McDonalds in the nation, just south of the main intersection (I believe that it closed down years ago). The fact that the counterperson recognized me with a huge smile meant that I had frequented it way too much.

I really enjoyed walking up and down the main drag of Chuo Dori especially when the street was closed on the weekends (weather permitting). Also wonderful were the various stores that I could afford especially Yamano Music which was one source for my CD buying. 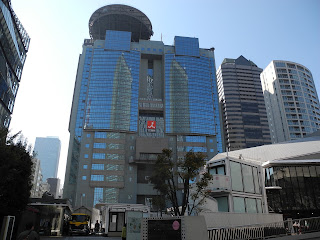 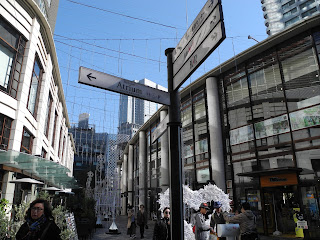 After having moved from Ginza and then through Shimbashi, Toranomon and Tameike-Sanno, I finally reached Akasaka-Mitsuke Station which is at one edge of another swanky neighbourhood, Akasaka. Things were getting rather sweaty for me by that point and I walked over another 500 metres before I stopped off at a parkette right next to the Canadian Embassy. To be honest, I didn't really hit Akasaka all that much aside from invitations from friends and students to certain restaurants and bars. Basically, I had to go there on my own to renew my passport at the embassy.

The Akasaka stop was when my legs and feet started to cry "Uncle!" along with some very choice expletives to my face. My physical condition was beginning to mourn just like Los Indios' chorus which is why I was thankful for the many vending machines that provided opportunities to replenish my fluids. But the message was sent loud and clear: I was pushing things. 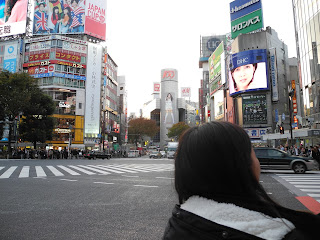 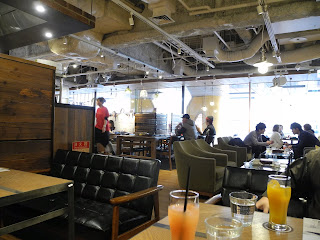 Approximately 6 hours of fairly constant walking later after having started from Asakusa Station, I finally arrived (ambled, limped, oozed) in the Teen Mecca of Shibuya. My legs were toast by that point and I was moving like a penguin and The Blob. My memory is a blur after that and I can only surmise that I found some sort of café to stylishly collapse in for an hour or so.

Shibuya was definitely one of my favourite areas and the sparkling Suzuki/Kikuchi duet reflected how I felt about it whether it be day or night. It may be seen as the area for the adolescents but with the various establishments covering the gamut between cutesy and glamourous, it appealed and attracted everyone of all ages. Of course, when I did land in Shibuya, I was sure to visit Tower Records and RecoFan. Not after the walk, though.

Somehow I dragged myself up the steps and took the Ginza Line back to Nihombashi Station and switched over to the Tozai Line to head home. I was indeed grateful for the remainder of Golden Week since it took that long for my feet to deflate back to their normal 27.5 cm size. Still, it was quite the odyssey passing through so many different neighbourhoods. I'm glad that I let my whimsy do the talking and the walking.
Posted by J-Canuck at 3:53 PM