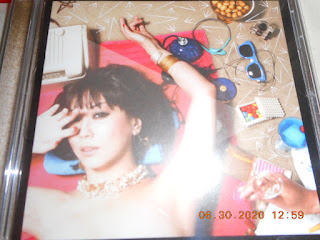 Happy weekend! We finally got some of that rain that we needed although things are still rather steamy out there if a bit cooler.

I'm not quite sure when I first encountered Asako Toki（土岐麻子）and her brand of light pop. Certainly, it was when I was still living in Japan so probably in the late 2000s. Either it was her cover of Yellow Magic Orchestra's "Kimi ni Mune Kyun" （君に、胸キュン）or Seiko Matsuda's（松田聖子）"Komugi Iro no Mermaid" (小麦色のマーメイド）that I heard at the CD section of a department store in Funabashi, Chiba Prefecture, not too far away from my city of Ichikawa. Being a fan of both songs helped but it was also that coquettish but not supremely high-toned voice that lured me into her grasp. Eventually, I would get a couple of albums by the Tokyo-born singer, her 2011 BEST album "Light" and then her 2010 original album "Ranhansha Girl" (Girl of Diffuse Reflection).

Both albums have one song that I've already covered, her own cover of "Human Nature" originally by Michael Jackson for the amazing "Thriller" album and performed by her and Sho Wada（和田唱）of the rock band TRICERATOPS. 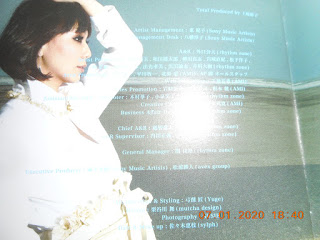 But today is on "Ranhansha Girl" which is her 4th major studio album from May 2010. It's been categorized on J-Wiki as a rock album but after listening to it a few times, I really don't think so. Case in point: there's the second and title track about a guy who's about ready to give up on the journey of love when he gets hit by the light of a lady who's apparently half-woman and half-extremely polished prism. He doesn't stand a chance. Written by Toki and composed by Daisuke Kawaguchi（川口大輔）, this is very twinkly pop with strings attached for that light sophistication.


That J-Wiki rock label gets further driven away with Track 3, "Nessa no Onna"（熱砂の女...Hot Sand Woman）. The title track had its elements of synthpop but "Nessa no Onna" gets even deeper into the synths with this bouncy and dreamy tune that tries to encourage the title lady to get back onto the romance track again. Toki was behind the lyrics here, too, with G.RINA providing the melody.


"Usubeni no CITY"（薄紅のCITY...Light Pink City） is one of my favourites on "Ranhansha Girl" as it takes on that contemporary form of City Pop while it describes a refreshing view of the life in the metropolis as the shackles of winter finally come off. Provide a romanticized model of your favourite city (Tokyo, Toronto or New York, for example) and "Usubeni no CITY" can be the theme song as you head downstairs to that brunch place for prosciutto-filled croissants and coffee. Junji Ishiwatari（いしわたり淳治）, guitarist for the band SUPERCAR, provided the lyrics while Hidetoshi Sakurai（桜井秀俊）of Magokoro Brothers（真心ブラザーズ）was behind the happy music.


Along with Michael Jackson's "Human Nature", Toki has also provided another cover of a song by a legend. This time, it's The Beatles' "All You Need Is Love" with that mix of Toki mellow pop and friendly small-town feeling. Kazumasa Hashimoto（カズマサ・ハシモト）arranged it, and I remember it well since it was used as the commercial song for docomo. Incidentally "All You Need Is Love" is the very first song by The Fab Four that I had ever heard...maybe it was because of my viewing of "Yellow Submarine" on CBS when I was a toddler.


My final song for the article today is "Sentimental" which is also another winner in my books. With lyrics by Toki and music by Kensuke Okuda（奥田健介）, guitarist/keyboardist of Nona Reeves, I love it for the sunny soulful groove. When I saw its involvement by someone from a band like Nona Reeves, I figured that it would get my aural stamp of approval. In addition to that groove, I also like the crystalline sound of the synthesizer that takes things into a more futuristic environment; I'm pushing it a tad far here, admittedly, but "Sentimental" almost sounds like the return of 70s/80s R&B in the 22nd century.

"Ranhansha Girl" had been another one of those albums that I let stew a while after my first listening to it but returning to it, I'm happy that I can appreciate it even more now. The album peaked at No. 32 on Oricon.
Posted by J-Canuck at 12:23 PM