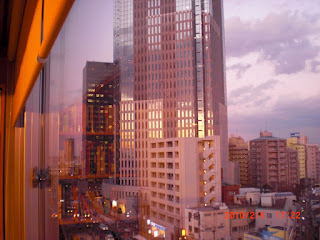 A few years ago, I featured a jazz singer Kumiko Hara（原久美子）with her City Pop "Magic Night". Originating from her 1978 2nd album "Neppu"（熱風...Tropical Wind）, it was a rollicking and funky piece that showed what an enjoyable evening in Tokyo could be like back in the day.


Well, today's article focuses on the track that immediately followed "Magic Night" on "Neppu". Beginning with a light jazz piano intro and populated with silky strings, "Ku-gatsu no Kaigara", which translates directly as "September Seashell" but has the English subtitle of "Fading Love", is quite the different animal. It's much more of an introspective and melancholy ballad that takes things into the chaise lounge-friendly Fashion Music area. As soon as I heard it for the first time, I was reminded of singers such as Ruiko Kurahashi（倉橋ルイ子）and Mayumi Itsuwa（五輪真弓）. It makes for quite the contrast with the preceding "Magic Night". Perhaps "Ku-gatsu no Kaigara" acts as the regretful requiem sequel for a bit too much of that magic night.

The ballad was composed by Hiroki Inui（乾裕樹）and written by Namiko Saki（崎南海子）, who may actually be a poet. "Neppu" is another rare album that I may have my eye on.
Posted by J-Canuck at 11:50 AM