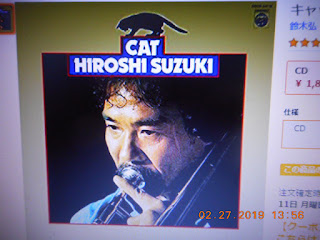 Last night, JTM and I were having a good conversation over Skype on a number of different topics, and one was on past shows that perhaps deserve a redux since "Hawaii Five-0" and "Magnum P.I." have gotten their second lives. I was suggesting anything from the Quinn-Martin productions of the 1970s such as "The Streets of San Francisco" and "Cannon". But then JTM came up with a great suggestion of his own..."Mannix".

Ahhh...good ol' Joe Mannix. I still vividly remember the opening credits from my childhood. Armed with street smarts, charm, fists and a great theme song, he could thank Lalo Schifrin for that last one. Yup, Schifrin is the same fellow behind another legendary theme, the one for "Mission: Impossible". As much as "Mission: Impossible" the theme was all about the action and derring-do of the IMF, the "Mannix" theme was all class and cool (although I've been reading about how violent the show was) as if the song was relating Joe going for dinner and dancing with his date after a resolution of a case.


Earlier today, I wrote the article for Koh Suzuki's（鈴木こう）"Sa-Ra-Vah Street" in which I mentioned another Suzuki, trombonist Hiroshi Suzuki（鈴木弘）. He's already gotten some representation on "Kayo Kyoku Plus" through "Romance" from his 1975 album "Cat". Then, I decided to try out some more of that album and thoroughly enjoyed the first track "Shrimp Dance".

I read one comment on YouTube for the entire album in which the person felt like that the album would be the ideal song to walk to during a foggy day in his/her native San Francisco. Well, listening to "Shrimp Dance" on its own, I felt as if that song would be perfect for a TV show featuring someone as tough as nails as Joe Mannix. Despite that title, "Shrimp Dance" sounds totally landbound in a grimy downtown somewhere where the cynical private eye loves his booze ice-cold and his jazz volcano-hot...and he has an insatiable appetite for garlic shrimp. Unfortunately, that would make any attempts at romance rather tenuous...unlike Mannix's situation. Joking aside, all those instruments together (sax, bass, trombone, trumpet, etc.) help make that gumshoe character and his dogged attempts at justice.


Anyways, also have a listen to the full version of the theme from "Mannix". Perhaps someone from Hollywood might read this and make JTM's dream come true.
Posted by J-Canuck at 4:13 PM