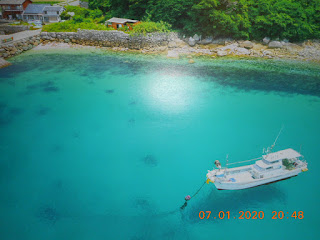 It was a fairly good catch of interesting acts on "Uta Kon"（うたコン）the other day as the show continues its new normal of no audience and combination of live guests and past performance footage. One group that I was happy to see was Crazy Ken Band（クレイジーケンバンド）.


The ever-cool Ken Yokoyama（横山剣）and his group were there to perform "Ivory" from their first single in about 5 years, "Ivory ep" which was released last month. Nice and summery, I love that underlying groove and the horns that take me back to Bobby Caldwell and "What You Won't Do For Love". Some good ol' relaxing cocktail-friendly AOR with some jazz thrown in. The end even has me thinking of that New Music from Yumi Arai（荒井由実）.

Furthermore, the music video brought back all sorts of memories since some of the traveling scenery reminds me of some of the trains that I took west of Shibuya Station to see some students in places like Den'en-Chofu and Tamagawa Gakuen. Supposedly, it's the view from Ken's car but I still like to think that it's from one of the lines that I rode.
Posted by J-Canuck at 3:25 PM