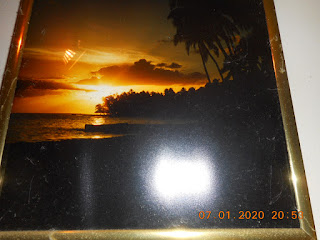 I figure that since it is Ocean Day or Marine Day in Japan, one of the more recent national holidays added to their calendar, I ought to pick something apropos tonight. Perhaps I have found just the song.


"Sunset Beach" is a calming track from jazz pianist Hiroko Kokubu's（国府弘子）"Diary" album from October 1998, and it makes for a fine aural digestif while sipping some of that other drinkable digestif, brandy (I'll take suggestions for which vintage is best)🍷. As Kokubu stated on her website in Japanese concerning this particular piece (while I translate in English):

"Just idly hanging out on the pier with those sand-filled sandals in one hand. A refreshing cool breeze penetrates into hot skin like a cold lotion. The fishermen, the seagulls...the sound of the waves."

Yes, wouldn't it be nice doing all that on a clear evening by the seashore...preferably with that significant other leaning on your side? I think that Kokubu's languid piano sets the pace of the stroll quite nicely here. "Sunset Beach" is also on her "Moments" BEST album released in America which apparently has different release dates depending on the site. J-Wiki states that "Moments" came out in January 1996 while Amazon says that it was released in February 2000. It doesn't matter, of course. "Sunset Beach" is simply pleasant listening.
Posted by J-Canuck at 7:40 PM