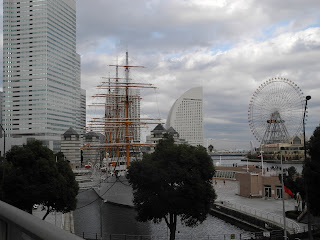 For an October 1977 album that has been categorized as a folk release, "Umikaze" (Sea Breeze) by the folk duo Kaze（風）starts off with something that really doesn't sound like a languid or strident folk tune.


The first tune is the title tune. Beginning with a guitar riff that reminds me either of Simon & Garfunkel or "Kimi Janakya Dame Mitai" （君じゃなきゃダメみたい）, the opening theme for the hilarious anime "Gekkan Shojo Nozaki-kun"（月刊少女野崎くん...Girls' Monthly Nozaki-kun）, "Umikaze" is a darn rollicking City Pop/J-AOR song. Performed by Shozo Ise（伊勢正三）and Kazuhisa Okubo（大久保一久）, it really demands a car, a car stereo and a bayside highway to go along with the attractive funkiness of it which includes a cool sax solo.


Words and music were provided by Ise, who's no stranger to the urban contemporary, and his "Umikaze" is delivered as his recommendation of a sea breeze to cure all that ails you. Well, driving in a top-down convertible during a summer sunset along the coast, I think that many can relate to that. As for "Umikaze" the album, it hit No. 1 and became the 43rd-ranked release for 1978. I'll have to check out some of the other tracks.


However, when I was living in Japan, there was another Sea Breeze that provided the pause that refreshes.
Posted by J-Canuck at 1:43 PM