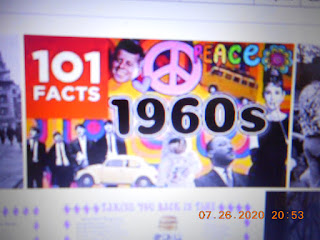 Received some sad news via commenter Sentimental Vika earlier this morning that singer Mieko Hirota（弘田三枝子）had passed away on July 21st at the age of 73 due to heart failure, although the announcement wasn't made until the 27th. I hadn't known until I read the comment and I haven't seen any news announcement footage via YouTube which is somewhat unusual when it comes to the death of a Japanese celebrity. I had only written up the most recent article with Hirota a little over a month ago regarding her 1967 song "Nagisa no Uwasa"（渚のうわさ）.


I'm not very knowledgeable about the discography of Hirota but usually when her name comes to mind, her 1969 hit "Ningyo no Ie"（人形の家）is the song that pops up. As well, my image of her has always been the one that appeared when that song first made its presence known...the long-tressed 22-year-old woman with that smoky air of mystery.


However, Hirota made her official debut as a fresh-faced teenybopper singer the better part of a decade prior back in 1961 with the Japanese-language cover of Helen Shapiro's "Don't Treat Me Like A Child" (by John Schroeder and Mike Hawker) when Hirota was only 14 years old. For that matter, according to its Wikipedia article, Shapiro herself was the same age when she recorded the original. The Japanese lyrics were provided by Kenji Sazanami（漣健児）and the title was "Kodomo janai no" (I'm Not A Child).

Like a lot of teenage singers in those days such as Yukari Ito（伊東ゆかり）, Hirota had that twin-branched discography in her early years: covers of overseas pop songs and homegrown fare created by Japanese songwriters. One of the former was her own cover of Connie Francis' "VACATION". For both Hirota and Shapiro, I've marveled at how incredible they sounded at 14 years of age. Perhaps the one Japanese pop singer that I can compare with them in terms of her boomer vocal stylings and debut is Misato Watanabe（渡辺美里）.


Hirota's first kayo single was released in June 1962, "Nebusoku nano" (I'm Sleepy), a giddy pop tune about not getting those 40 winks due to getting all hot and bothered over that boy she's fallen hard for. It's got quite the fun and jazzy beat, and Hirota gives some great brass in her vocals, although I'm not sure how local PTAs reacted on hearing those yawns on the record.😪 And it was the same duo behind the famous "Sukiyaki" song that was responsible for "Nebusoku nano", lyricist Hachidai Nakamura and composer Rokusuke Ei（中村八大・永六輔）.


I'll finish off here with Shapiro's "Don't Treat Me Like A Child". My condolences to Hirota's family on their loss. I am sure that there is a lot of her discography that I have to cover in the months and years to come.
Posted by J-Canuck at 7:59 PM