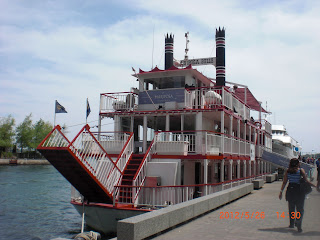 After a few days of relatively cool weather, the roasting temperatures are on their way over here for the weekend. Not a huge fan of those, but 16 Tokyo summers' worth of heat and humidity have proofed me for the meteorological challenge.


Looks like dynamic singer-songwriter-musician Char is a sun worshiper, though. I've just heard his "Shinin' You Shinin' Day" and it's an uptempo funky delight that has been written and composed by him. The B-side from his June 1976 debut single "Navy Blue", "Shinin' You Shinin Day" has nothing but English lyrics and it must have been a grand day. At first, when I was listening to it, I had assumed that he was cascading all those wonderful compliments on his girlfriend but as it turns out, his tribute is going all the way up to ol' Sol itself.

About a third of the way into the song, following Char's kind words to the sun, the singer and his fellow musicians go into a nice little jam session which must have created for that point in the drive along the shore when the roof comes down in the convertible. As I've mentioned in the past, I'm no big fan of the heat and humidity in my old stomping grounds but the sun is always welcome. By the way, "Shinin' You Shinin' Day" is also a track on his debut album "Char" which came out in September of that year.