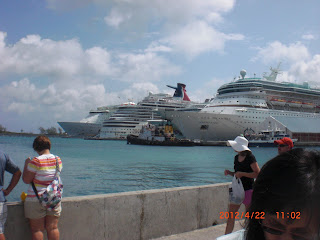 In less than a couple of hours, Toronto will be going into Stage 3 of the re-opening of the economy which means that places like gyms and movie theatres will be opening back up, and restaurants can finally offer dine-in service again after months of closure. I hope things go well and smoothly but I think it'll still be a few more weeks before I'm willing to chance a meal out.

One piece of good news is that I've been back earning a real income again for the past couple of weeks after more than three months relying on emergency government benefits. I was busy on one project today, and of course, in the afternoon while I'm doing that, I like to inject some music through the headphones. Sure enough, I decide to listen to pop singer Vickeblanka's（ビッケブランカ）2018 "Wizard" album and come across another track that I do indeed like.


This would be "Natsu no Yume" (Summer Dream), his 2nd single as a major artist which was released in August 2018. I first heard about this happy-go-lucky pop singer-songwriter because of his performance of the ending theme for the anime "DOUBLE DECKER! Doug & Kirill"（ダグ&キリル）, "Buntline Special", a grinding rock thriller along the lines of "Born to be Wild". Then out of curiosity, I checked out some of his other songs on YouTube and found him to be quite the musical chameleon in a very good way which ultimately got me a copy of "Wizard" from my anime buddy who was also a fan of "Buntline Special".

"Natsu no Yume" is no different. It's the typical mellow pop summer tune with a bit of jazziness, but what gives it a bit more lift is that echoing piano which comes in and out throughout the number as if it were coming in from a different dimension. Listening to it on the hard drive, I checked on YouTube whether there was some representation, and luckily, Vickeblanka has his own channel and the official music video for "Natsu no Yume". As I see him prancing about in the video, I rather thought that if Doctor Who ever regenerated into someone Japanese, it would be this guy in that getup (well, him and seiyuu Mamoru Miyano).

A couple of days ago, commenter Michael and I were talking about underrated singer-songwriter Shin Rizumu（シンリズム）and were hoping that his career was chugging along nicely. I can also hope for the same with Vickeblanka.

Anyways, it'll be another big step for us in Toronto. Do wish us luck!👍
Posted by J-Canuck at 10:35 PM