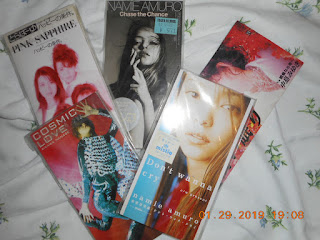 I was kinda traipsing around YouTube yesterday, seeing whether I could find another lovely and luscious tune by Tomita Lab（富田ラボ）, aka Keiichi Tomita（冨田恵一）. His creations have always acted as an aural tonic, a musical version of "Stop and smell the roses...and have a relaxing cup of coffee".


Happily, I didn't have to venture far to find a new one along with a new face. The face belongs to singer-songwriter Sayaka Kushibiki（櫛引彩香）who hails from the city of Mutsu in Aomori Prefecture. She debuted in September 1999 with this song "Itsumo no Kibun de" (Feeling as Usual) that she wrote and composed with Tomita also helping out in the creation of the music.

The Tomita touch is there as usual with the light and funky groove making for some great cafe listening. It sounds as cheerful as ever although Kushibiki's lyrics speak on someone going through the blues and wishing for that special someone to drop on by for some needed cheering up. As I've remarked above, I've become an admirer of anything that Tomita Lab has been involved in, but being accustomed to his works in the 21st century, it was still slightly surprising to hear something like "Itsumo no Kibun de" popping up in a year with a "19-" attached to it.