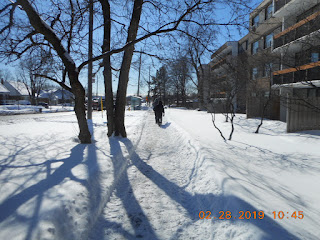 Winter remains most definitely with us...and it should, because there is still a little more than a couple of weeks left before March 21st. It has been freezing cold but at least we've been blessed over the past number of days with copious amounts of sun.


Forgive me while I sidetrack a tad on this midweek article for "Kayo Kyoku Plus". A little over 5 years ago, "Doctor Who" fans were going ga-ga as the 50th anniversary episode "The Day of the Doctor" was presented. The show delivered on all TARDIS engines but then came the final number of minutes which launched a volley of WHAM scenes which most likely had Whovians squeeing like crazy, gasping for air and even shedding copious amounts of tears. Of course, the biggie was the "ALL THIRTEEN!" scene.


I kinda wonder if there were some Whovians on the production staff for the "Precure" show that had finished its run in early February, "Hugtto Precure"（HUGっと！プリキュア）. The reason I say this is that though I haven't been covering the franchise along the same lines as my anime buddy has, I found out through YouTube in the last couple of days that some of those folks on Toei may have pulled a few ideas out of the "Day of the Doctor" playbook and catapulted some truly squee-worthy moments in the entire history of the franchise. Case in point: one of the later climactic episodes had ALL FIFTY-FIVE Precures from the past 15 years of magical girl goodness explode out like bullets for a Battle Royale that fans would have expected in one of those All-Star movies. I'm sure that both parents and kids jumped all over that sofa in front of the telly when that happened.

To add that layer of scrumptious icing to this cake, the battle was accompanied by the opening theme song to the very first entry in the franchise. From what I've read on "TV Tropes", "Hugtto Precure" has now become the series to beat in terms of popularity.


Ahhh...that very first theme song. Reminded that I wrote about the very catchy "You Make Me Happy!", the first ending theme for "Fresh Precure!"（フレッシュプリキュア!）back in 2016 and then inspired by Joana's article on "PaPePiPu☆Romantic" (パぺピプ☆ロマンチック), the ending theme from "Hugtto Precure" in the last several days, I've decided to add to the Precure file.

My observation for the ending and opening themes of the Precure shows has been that, generally speaking, the ending themes have been the likelier earworms. I really can hardly remember the opening themes for each of the entries, except for one. Ironically, that very first opening song, "DANZEN! Futari wa Precure" (Definitely! We Are Precure) has been the one that I can play in my head from beginning to end without losing a beat (there is perhaps one other opener for which I can only remember the intro, and that is it).


As sung by Mayumi Gojo（五條真由美）, I think "DANZEN!" has been able to adhere to my brain like cheese curds to French Fries and gravy in a good poutine because, unlike the other openers which have stayed resolutely super cheerful and positive, there is that sense of impish "What's gonna happen now?" mystery in the first part of each verse, punctuated by that low rumbling and racing piano. Of course, there is also the combination of banging synth that seems to have been kidnapped from the 1980s and Gojo going "Purikyuaa, purikyuaa, purikyuaa..." that has just stuck to my memories. I think it's been that springboard of uncertainty in the music in the first part that makes the inevitable music of hope and heroism sound even more epic and a clarion call for all of the Precures to come to the rescue.

"DANZEN!" was written by Kumiko Aoki（青木久美子）and composed by Yasuo Kosugi（小杉保夫）. Will always cherish those Big Damn Heroes moments.
Posted by J-Canuck at 2:58 PM