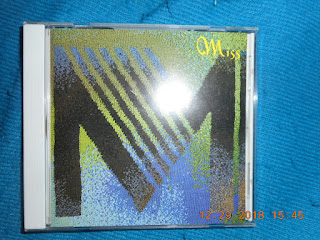 It wouldn't be "Kayo Kyoku Plus" without wishing the incomparable Mariya Takeuchi（竹内まりや）a Happy Birthday today (March 20th). May she continue to sing and charm us all as she has over the many years.


Considering how many articles I've written about Ms. Takeuchi (I believe we're closing in on 80), I was wondering about what else I could spotlight. Then, I thought about the fact that I hadn't covered too many songs when I wrote about her album "Miss M" all the way back in May 2012. Sure enough, I had an opening since the track "Futari no Vacance" (Holiday for Two) had yet to be covered on the blog.

"Futari no Vacance" actually was Takeuchi's 5th single released in July 1980 before the album's release later that December. Given lyrics by the singer-songwriter and composed by Tetsuji Hayashi（林哲司）, it's got that Doobie Brothers feeling and the impression of speeding down the highway along the West Coast, from the city and into resort country. It also has some additional oomph, thanks to those horns. Memories of American TV and Mike Post theme songs enter my head whenever I hear this one. The song managed to peak at No. 42.
Posted by J-Canuck at 11:45 PM