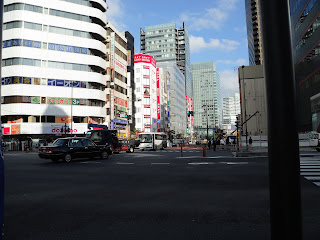 Terumasa Hino（日野皓正）is a musician that I had heard about for years but never really got to know until now. The Tokyo-born trumpeter who can also play the cornet and flugelhorn was born into a family of music makers including his father, Satoshi（日野敏）who was also a trumpeter as well as a tap dancer, and his younger brother Motohiko（日野元彦）who is a drummer. Terumasa's second son is bassist Kenji Hino（日野賢二）.

In the early 1950s when he was a child, he entered Nihon Jazz Gakko（日本ジャズ学校...Japan Jazz School）founded by jazz singer Tib Kamayatsu（ティーブ・釜萢）to learn the trumpet (copying solos of Clifford Brown and Miles Davis among others), and later started his career in the same decade. According to the J-Wiki article about him, Hino started getting international recognition at the 1964 Berlin Jazz Festival after being in the Hideo Shiraki Quartet（白木秀雄クインテット）with his debut album being "Alone, Alone and Alone" in 1967.


My introduction, finally, to Hino has begun with his title track from the 1979 album "City Connection", thanks to my friend Jerry's playlist. I gotta say...using an old expression here...that this tune really cooks. I'm not sure whether Hino had been imagining life in a particular city but if I were a betting man, I would say that it's New York City.

A delectable fusion of jazz and R&B, "City Connection" has that melody line that could act like the soundtrack to the life of a really happy-go-lucky comedian in some movie from the 1970s. I'm just imagining the fellow bombing out of his brownstone in Queens or Brooklyn, trying not to be late for his audition at the comedy club. Heck, from Hino's solo, I could pick out hints of the theme song from "The Odd Couple" and even "S.W.A.T." Wouldn't mind getting to know him a little bit more.
Posted by J-Canuck at 8:52 PM

Email ThisBlogThis!Share to TwitterShare to FacebookShare to Pinterest
Labels: 1979, J-R and B, Jazz, Single, Terumasa Hino