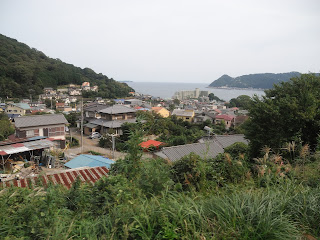 Hide-and-seek was a popular activity among the kids in my old neighbourhood back in the day. Too bad that there weren't too many crevices that I could actually hide in but that's the price I paid for having a very aggressive appetite.


Almost a year ago, I introduced folk-and-New Music singer Miyako Chaki（茶木みやこ）to the pages of this blog through her scintillating and quick "Chizu douri ni Hashirikitta Anata"（地図どうりに走り切ったあなた）. I thought it was quite the exemplary example of City Pop in the 1970s.

I also paid a nice compliment about the source album for "Chizu" which was her "Tobenakunaru wa"（翔べなくなるわ...Won't Be Able To Fly）from 1976. Strangely enough, I think I may have found yet another track from that album which fits that cover for the album even better. This would be "Kakurenbou" (Hide-and-Seek). Since Chaki composed "Chizu", I'm assuming that she also did the same for this track, although I couldn't find out who provided the lyrics.

And from listening to those lyrics (I couldn't find them either online), "Kakurenbou" seems to be relating a tale of someone who's leaving all that he/she has known and going out toward new pastures, so perhaps it's really hide-and-cannot-seek. As I mentioned above, I think the song matches the cover on "Tobenakunaru wa" even more since it seems to have Chaki the hider finding some respite in that modern (for 1976) Tokyo cafe while she thinks about what she has done...far away from family and friends. It has a slower and more relaxing pace than "Chizu", and although hearing the saxophone solo convinced me to also categorize it as City Pop, I think a lot of "Kakurenbou" is just generally New Music covering the new adventures of this possible vagabond.
Posted by J-Canuck at 8:13 PM