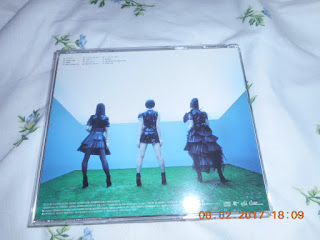 Back on Sunday, my anime buddy continued to show how much of a train otaku he also is by introducing a YouTube channel called Shinkansen Joshi Shashin-bu（新幹線女子写真部...Bullet Train Woman's Photography Department）. This channel features slickly produced videos of Bullet Trains of various stripes racing through the countryside and stations while some hook-filled music is playing in the background.


Of course, although I admire the variety of designs in the Shinkansen over the decades (and I do miss the very first version, The Zero Type, that was recently retired), I did show that I was not much of a train otaku by asking more about the music that accompanied the videos, including this boppy one as the Akita/Yamagata Bullet did its thing.


Happily, I could find out easily that the song used above was the remix version of a song released by the technopop trio Perfume called "Twinkle Snow Powdery Snow", created by Yasutaka Nakata（中田ヤスタカ）, that had its first appearance as the coupling song for "Fan Service [sweet]"（ファン・サーヴィス）, the 4th single for the group in February 2007. Later on, it got onto Perfume's first album "GAME" released in April 2008. The single peaked at No. 31 on Oricon.

"Twinkle Snow Powdery Snow" would probably be even more appreciated in the late fall when those first flakes hit the ground, but at this point, I think all of us here are anticipating the disappearance of the white stuff as soon as possible.
Posted by J-Canuck at 3:02 PM