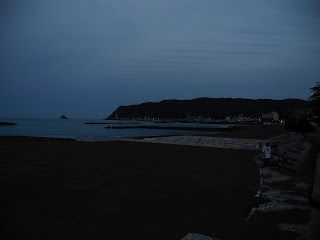 1982...the first full year that I got into kayo kyoku via all those videotapes of "The Best 10" and "The Top 10" plus episodes of "Sounds of Japan". The Oricon Top 10-friendly stuff I got to know through on those TV ranking shows, and of course, the enka and Mood Kayo were genres that I had grown up with, but it was often with the radio show that I had the opportunity to find out about some of the more obscure stuff or product created by singers who may not have particularly cared about rankings but came up with some great music, all the same. Even so, "Sounds of Japan" was me playing catch-up because a lot of the song that I feel for had actually been recorded and released several years before popping up on CHIN-FM.


As the saying goes, "Hindsight is 20/20". However, if I had known about the AOR/City Pop or even straight pop material by the singers underneath all of the popular Oricon hits, I probably would have been gnashing my teeth all the more to get my hands on the LPs and tapes...and subsequently driving my parents up the wall.

Perhaps one singer who would have been getting my undivided attention in 1982 if I'd known about her then is Minako Ito（伊藤美奈子）. Up to now, I'd written two articles about this singer-songwriter, and now I present "Glass no Naka no Aoi Umi" (Blue Ocean in a Glass), a mellow ballad that reminds me of Roberta Flack's "Killing Me Softly With His Song" to an extent. There's something about the arrangement that makes it sound even older than its 1982 release.

"Glass no Naka no Aoi Umi" was actually Ito's debut single in October 1982 and was included in her debut album "Tenderly" released at the same time. Written by Shun Taguchi（田口俊）and composed by Ito, it's mostly the soft keyboard and Ito's distinct voice but it is really a case of "Simple is best", if I can throw out another old saying. The strings do come in eventually but even they keep themselves in the background along with any other instruments. Perhaps at the time, such musical austerity kept the song from climbing up the charts but I think that with the passage of time, it can be appreciated even more now.
Posted by J-Canuck at 3:44 PM