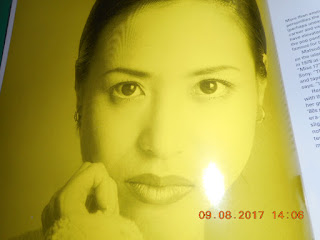 In all of my many decades enjoying Japanese pop culture, I can honestly say that I've never really seen a Seiko Matsuda（松田聖子）movie or TV drama, and though I've cherished her music in the 1980s, there has not really been any interest in me to track down a dusty old DVD of any of her thespian efforts.


When I used to visit that Chinatown shop near the University of Toronto, Wah Yueh, I remember seeing that soundtrack for one of those Seiko-chan movies. Never thought about picking that one up. I felt that I ought to actually see the movie before purchasing a soundtrack of it. However, the song for this article doesn't belong to that flick or score. Instead, it belongs to the singer's second movie in which she had a starring role, "Plumeria no Densetsu ~ Tengoku no Kiss"（プルメリアの伝説 天国のキッス...Plumeria Legend ~ Kiss of Heaven）, which was released in July 1983.

Apparently, the plumeria is a flower that grows in various places including Hawaii, and over there is where the blossoms of that particular flower are picked to help create those leis. And Hawaii is one of the settings for "Plumeria no Densetsu" in which Seiko plays a second-generation Japanese-American who finds herself in a triangle between the son of a hotel chain magnate and a regular young man in Japan. I got the synopsis, by the way, from the Kinenote Japanese-language movie website.


Now, if you are a die-hard Seiko fan, from the movie's trailer up above and the title, you can quickly tell that one of her classics is the theme, the bright and skippy "Tengoku no Kiss", something that I wrote about almost 6 years ago. Actually, the song had been released as a single a few months before the movie came out.

According to the terse J-Wiki article on the soundtrack itself, along with "Tengoku no Kiss", there were a couple of other songs from the movie which have also been considered themes for the movie as well. One is "Pacific"（パシフィック）, and the other is the subject of this article, "Plumeria no Hana" (Plumeria Blossoms). Written by the prolific Takashi Matsumoto（松本隆）and composed by Haruomi Hosono（細野晴臣）of Yellow Magic Orchestra, "Plumeria no Hana" starts off sounding like the origin of all those Vaporwave concoctions with a drunken technopop warble (hitting the hard stuff, aren't you, Harry?) before it takes on a sheen of an old-fashioned and loopy cabaret tune with some Hawaiian thrown in.

Matsumoto's lyrics pretty much relate what I think is the whole story of the movie. Seiko is telling the young man in Japan that she hasn't firmly committed to her supposed fiance, so perhaps there is hope on one side. In any case, despite the slightly weird and haunting arrangement, the singer's voice still reassures enough it is indeed a Seiko tune. Still, I think in terms of marketing for the movie, it was a good choice to put up "Tengoku no Kiss" in the trailer.

As for the availability of "Plumeria no Hana", it looks like besides the official soundtrack, it can be found on her 1984 BEST compilation "Seiko・Avenue".
Posted by J-Canuck at 2:12 PM