Recently, I watched a special drama comprised of four episodes called “Kenja no Ai” (賢者の愛), starring two 80s stars, the almighty aidoru Miho Nakayama (中山美穂) and the not so famous Saki Takaoka (高岡早紀). Both of them were great in their respective roles, but Takaoka just conquered my heart with her envious, spoiled, psycho, middle-aged woman role. She just nailed it and even overshadowed Nakayama, in my opinion. Based on that, my next step was to revisit her discography, which I kind of did, starting with the debut album “Sabrina”, from June 1989.

Right from the start, the album caught my attention with “Yabanna Yuutsu”, an Euro-infused song full of dated synths and Takaoka’s very thin vocals. In fact, since the singer is quite weak, production and composition are everything here, and I like both, with a special nod to the production for being typical of its time. The song can be quite long in its 5 minutes plus form, but I like the instrumental sections, especially when it adds a little bit of drama to it (we can’t rely on Takaoka for this, so the synths have to work hard).

Unfortunately, besides this first song, the single “Nemurenu Mori no Bishoujo” (眠れぬ森の美女) and a tune called “SLEEP WALKER”, the album didn’t quite succeed in maintaining my interest. Personally, I wanted the album to be full of late 80s Eurobeat, but there are some pretentiously laidback songs and quite a few ballads, which I think are weak spots thanks to Takaoka’s vocals. In my opinion, for this type of (not so talented) singer, the production must be big and ear-grabbing. Fans seems to like it, as I could see in the Amazon.co.jp comment section, but the album is not for me. I’m pretty satisfied with “Yabanna Yuutsu”, “SLEEP WALKER” and “Nemurenu Mori no Bishoujo”, though. And now I want to see more of Takaoka’s acting, because that’s what she does better. 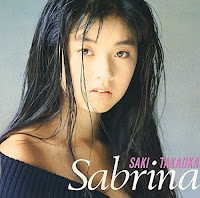