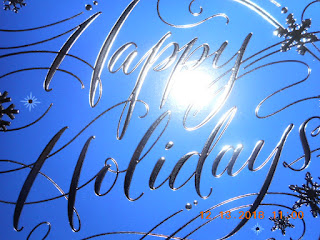 After having watched my fair share of "The Simpsons", "Family Guy" and "South Park" over the years, my response to this famous lyric would be "And then I saw Daddy grabbing for his baseball bat..."

Yes, I can be pretty snarky when I want to be, but as much as the Holidays here are about Mass, Jesus Christ, Santa Claus, turkey and presents, December 24th and the 25th in Japan are all about the partying, KFC, Fujiya cakes, and romancing. I can guarantee that last night in Tokyo, there were plenty of hotels being booked and restaurants getting reserved for some of those Second Valentine's Day dates.


So, for my final J-Xmas song this season, I give you "Anata to Christmas Eve" (Christmas Eve With You) by AKB48. I had only discovered this one just earlier today, and it's dripping with all of that Xmas romance-y stuff, just like a roasting turkey and its juices ready for basting. Written by Yasushi Akimoto（秋元康）and composed by SHUJI, this apparently came out as one of the songs on the setlist for a concert by the group and then recorded for a CD which was released in March 2007. To be honest, it's a bit too treacly for me even as an Xmas song, but hey, I could imagine this song hovering over a lot of young couples walking through Tokyo neighbourhoods such as Shibuya and Omotesando.

From what I could find from the J-Wiki article, the CD is titled "Team A 1st Stage 'PARTY ga Hajimaru yo'"（チームA 1st Stage「PARTYが始まるよ」...The Party Is About To Begin）. "Anata to Christmas Eve" was performed by members Ayumi Orii（折井あゆみ）and Michiru Hoshino（星野みちる）.


Sister group SKE48 released their own "PARTY ga Hajimaru yo" album in October 2013 with that track (and for that matter, I think a lot of the other sister groups have given their own cover of the Xmas song). However the video above has later AKB48 members Yui Yokoyama（横山由依）and Miyu Takeuchi（竹内美宥）performing a cover originally done by their own sempai.

In any case, I wish everybody out there...fellow collaborators, commenters and viewers...all the best for a Merry Christmas!
Posted by J-Canuck at 8:00 PM