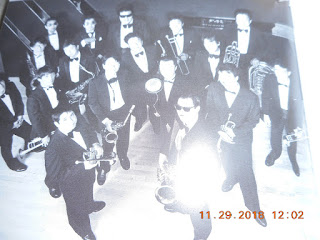 It all seems so poignant now when I first wrote about this spectacular band called Tokyo Ensemble Lab on the first day of summer several months ago, specifically for the fusion festival that is "Lady Ocean".  My final statement for the article was that I may be doing some shopping around for the originating album "Breath From The Season".


Guess what? It's almost the first day of winter and I finally got "Breath From The Season", the 1988 inaugural album by Tokyo Ensemble Lab. Produced by Toshiki Kadomatsu（角松敏生）and band leader/trumpeter Shin Kazuhara（数原晋）, the album does fulfill the predictions that I had for it...that it would be a container of music holding the swing jazz of "Nica's Dream" and the fabulous fusion of "Lady Ocean".

Track 2 is "Junky Express ~ Geraleen". Before I go on though, I should inform you that Tokyo Ensemble Lab apparently adopted the Kadomatsu tradition of adding female monikers to each track. "Lady Ocean" was tagged with "Yuko" while "Nica's Dream" was given the name of "Mako". It almost figures like the Secret Service giving members of the President's family their code names.

Anyways, "Junky Express" is a fun Latin jazz jam with a soupcon of synthpop added. I hear it as a prototype for the whole Electro Swing thing that popped up earlier this decade. Also, being a fan of these guys, I got reminded of some of the Manhattan Transfer's forays into Latin jazz.


"Nobody Can Do It ~ Aishuu no Nini"（哀愁のニニ...Grief-Stricken at 22[?]）has been tagged with "Kaoru". By the sounds of it, Kaoru must be a statuesque, beautiful, and most likely, a lonely lady in the big city. Kazuhara composed the track and is the lead trumpeter. The song weaves between that noble high-in-the-sky trumpet solo and some downtown action in what must be some dramatic story for the lass. 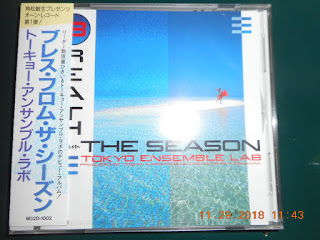 Then, there is "Blue Skies ~ Kana". Yep, it is indeed the Irving Berlin classic but it's book-ended by the Lab's own big band riffs. However, the familiar melody of "Blue Skies" does fly in on the trombones though mixed in with a bit of "In The Mood", and the whole thing again has that Electro Swing feeling and even some Matt Bianco. It's basically one fun jam session for Kazuhara and the guys. 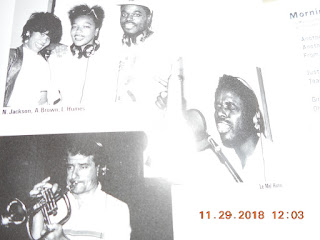 My last song for this article is "Morning After Lady ~ Shizuyo", a soulful number written by James B. Pentaudi with Kadomatsu coming up with the music. It's a power ballad performed by LeMel Humes that has me reminiscing about my radio and university days. Nice to hear this arrangement again after so long, and it is a fine tune to wake up to...but perhaps the volume can be lowered a bit if you want to do so. :) 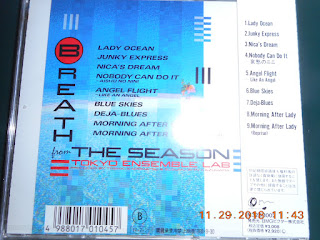