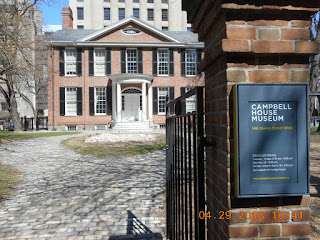 A little over two weeks away from Christmas, and I think that there are probably quite a few folks in my neck of the woods that are already clamoring for spring to haul ass to arrive here. It seems that the wintry weather has come by in full force although I'm fairly confident knowing how unpredictable the temperatures are in Toronto that there will be a fair share of balmy days ahead even in the winter.

Then, perhaps it might be a good time to present "Ashita, Haru ga Kitara" (Tomorrow, When Spring Comes) by actress-singer Takako Matsu（松たか子）. It's about time that I introduced her to the annals of "Kayo Kyoku Plus" because at that point in the late 1990s, she became quite popular for her music as much as for her performances as a thespian.

"Ashita, Haru ga Kitara" was her debut single right on the first day of spring in 1997, and according to the write-up for the song on Wikipedia, it sounds as if one of the directors for the popular drama "Long Vacation" lightly suggested that she try her voice behind the mike. The Wikipedia article is quite the love letter about Matsu's first foray at singing so I will let that article speak for itself. What I can add is that I remember "Ashita, Haru ga Kitara" coming out with me previously wondering how she would sound since I've heard other actors going behind the recording mike and not being all that successful.

But, y'know...Matsu came across like a breath of fresh spring air. No, I mean she didn't sound like an epic soul diva but there was something very calming and down-to-earth about her singing as if she were your good buddy with a better-than-average set of vocal cords. With all of the Komuro Boom that was steamrollering across pop music at the time, it was quite refreshing to hear Matsu.

Yuji Sakamoto（坂元裕二）took care of the lyrics while Daisuke Hinata（日向大介）composed the music. "Ashita" reached No. 8 on Oricon, and ultimately sold about half a million copies. In the previous year, Matsu had been a co-host on the Kohaku Utagassen but with the hit of her first single, she became a participant herself in the New Year's Eve special.


I could imagine "Ashita" being popular among the karaoke crowd, and even on the old celeb karaoke show "Yoru mo Hippare"（夜もヒッパレ）on NTV, Namie Amuro（安室奈美恵）had her chance to cover it as well.
Posted by J-Canuck at 3:20 PM