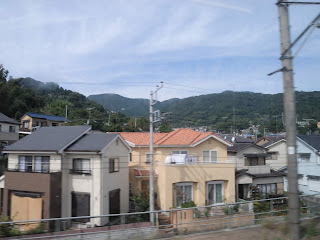 I will be taking December 25th and 26th tomorrow from my day job duties but I was still getting a few articles translated earlier this afternoon. And y'know, the above song would probably be the tonic that I would've listened to at the end of all that.

This is Sentimental City Romance's（センチメンタル・シティ・ロマンス）"Shounai Bojou" (Longing for the Countryside) which was a track from the band's August 1975 self-titled album. Nice and leisurely, this is a pleasant musical interlude through the more rural parts of Japan. Although I have categorized it as well as a New Music tune, which by definition takes original Western melodies and places Japanese lyrics onto them, "Shounai Bojou" still has that feeling of that Japanese countryside of rice paddies, narrow paths and old mom-&-pop shops selling dagashi and Calpis.

Considering how warm it's gonna get in Toronto past Xmas, it would be nice to take a walk around but instead of rice paddies, it will be through quiet industrial parks.
Posted by J-Canuck at 8:24 PM