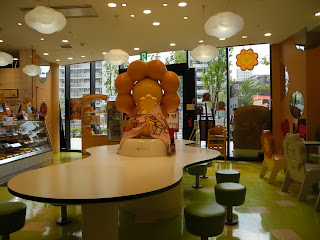 I end up shaking my head each time I hear the name Kayoko Ono（小野香代子）. She was this lady who created some of the sweetest and purest songs that I have ever heard and yet after a few of them were released, she basically gave it all up as far as I know.

Over 5 years ago, I wrote about one of her rare songs that had been released to the public in the late 1970s, "Sayonara no Kotoba"（さよならの言葉）with chanteuse extraordinaire Junko Yagami（八神純子）covering it in the following year.

Well, here's another rare lovely outing by Ono titled "Kimagure de Ii Noni". I don't know when it did come out...it could have been in 1977 like "Sayonara no Kotoba" or she could have done a self-cover after Yagami's own cover of the song in 1978. In any case, it's this innocent and wistful and Ahhhh...so nice number created by Ono about a woman who suddenly meets an old flame and starts wondering to herself whether the former relationship can get another chance. It's the type of tune that can have listeners stop and smell the roses, so to speak.

As for the translation of the title, I read one phrase somewhere on YouTube which said "You Can Be Capricious", and then my attempt had it as "On A Whim" as in that lady trying to suddenly re-ignite the flames of passion once again. But listening to Ono's lyrics a few times, I have come to the conclusion that maybe "We Can Just Stay Friends, Can't We?" is what I want to go with ultimately.

Yagami, as I mentioned earlier, covered "Kimagure de Ii Noni" in her debut June 1978 album "Omoide wa Utsukushiku Sugite"（思い出は美しくすぎて...The Memories Are So Beautiful）, the same album that also has her cover of "Sayonara no Kotoba". "Kimagure de Ii Noni" is sung in that inimitable Junko style of the 1970s, and it comes off as being breezier than the Ono original, as if it were made for that car stereo in the convertible while heading off to Shonan. That twangy guitar helps sell it. But you know what? I think Ono bests Yagami this time when it comes to the refrain...there's a bit more heartfelt emotion in the former's delivery and if Ono were indeed channeling herself as that woman in the song, I would definitely be rooting for her to get that second chance.