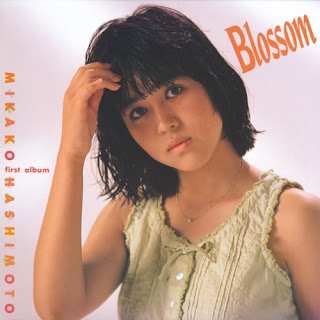 Here’s one my old favorites, and also another good example of curious J-Eurobeat covers from the 80s. Just like Paul Lekakis’ iconic “Boom Boom (Let’s Go Back To My Room)” and Sabrina Salerno’s infamous “Boys (Summertime Love)”, polish erotic model Danuta Lato released, in 1987, an Italo Disco single called “Touch My Heart” that was later covered in Japan. Apparently, though, and unlike the other two, she didn’t record the song, serving only as the image/model for it. The real singer behind the track is called Patty Ryan, and this type of thing was quite common in Europe during the 70s (Boney M., for example) and 80s disco scenes.

While “Boom Boom” and “Boys” are fun and trashy, “Touch My Heart” sounds a little more decadent to my ears, in the sense that I imagine it playing in an underground bar or club with lots of cheap booze, tobacco and the sweetest and most exotic incense (don’t ask me why). Danuta’s “live” performances are the reason why I feel this way, since she acts like a true B-grade porn star. I also like to imagine she was quite the famous Hollywood actress that eventually became overshadowed by others and started a new career in the erotic/porn industry. Pure imagination, of course, but that's probably thanks to her somewhat classic female beauty.

Other than that, the song is your typical Italo Disco affair, with little to no special feature, and its sole purpose was to sell some copies based on Danuta’s sexy image. Meanwhile, though, someone in Japan decided that aidoru Mikako Hashimoto (橋本美加子) should record her own version of the song, which actually happened later, in November 1987. Since the poor girl wasn’t selling too much doing the traditional aidoru thing, producers and powers-that-be probably wanted to shake things a little bit giving her this little Euro tune to cover.

Hashimoto was no Danuta Lato, physically speaking, so she couldn’t rely on the sexy image (well, she did some nude photo shootings later in her career, but let’s just focus on her pure/innocent aidoru days), and the song, while being okay and catchy in its own way, was far from what a hit single sounded in Japan back then. Maybe it was a minor hit in clubs, but I dunno, since they probably played the original version a lot more. In the end, Hashimoto only released one more single after “Touch My Heart”, just confirming that her career was really going downhill at the time. At least they tried something different with this Italo Disco song before the girl vanished into aidoru obscurity.


To finish, as a random bonus, here’s the gorgeous Angela Cavagna, another sexy European singer (this time from Italy), but one that, as far as I know, didn’t have any of her songs covered in Japan. She’s easily my favorite sexy singer from Europe (I even bought her album), and her main single is called “Easy Life”. Please enjoy!