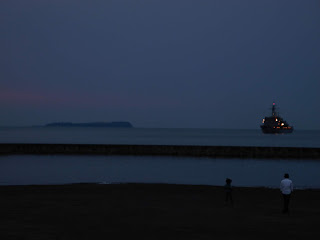 The late 1970s had the technopop, City Pop and even the exotic kayo, represented by Judy Ongg and Saki Kubota（久保田早紀）. And certainly something like bossa nova would probably be included within that last category whose singers took the listeners to different countries. But for whatever reason, I've also treated bossa nova as something quite different from the rest of that exotic kayo. Such is the magic of Antonio Jobim.


This is my third article on singer-songwriter Tazumi Toyoshima（豊島たづみ）. She may not have become a huge superstar, but I'm finding that she was willing to push into some directions within pop music including City Pop and some of that exotica, and that's always great to me. I discovered this one track, "Tokai no Yuutsu" (City Melancholy), from her 1979 album "Tomadoi Twilight"（とまどいトワイライト）which was also the title for her most famous single.

Despite the title, I wouldn't place it as a City Pop song at all. Instead, it is solidly within the bossa nova territory that I mentioned off at the top, although there are hints of that rarefied lifestyle in fancy hotel top bars. Toyoshima wrote and composed "Tokai no Yuutsu", and may I say created it quite lovingly, and kaz-shin from the Japanese-language "Music Avenue" mentioned that there is some Michael Franks in the arrangement. I also have to remark that the singer's delivery makes it sound as if she were acting like the greatly fatigued, seen-it-all done-it-all femme fatale in that bar.

No, perhaps it wasn't going to be on its way to becoming a hit, but "Tokai no Yuutsu" has its charms and is eminently listenable as part of any compilation of those urban contemporary tunes from Japan from a bygone age.
Posted by J-Canuck at 4:52 PM