Somewhere along my midnight music video hunts - I believe, for some reason, I was looking for the MV of Kiyoshi Hikawa's (氷川きよし) "Choito Kimagure Wataridori" (ちょいときまぐれ渡り鳥) - I stumbled upon this website that is quite the treasure trove in the way of downloadable music and videos that one can't find on YouTube. This is the website: www.170hi.com. It's in Chinese, but in a way, it feels reminiscent of the late music163 site, so you guys can try checking things out there - it could be useful.

Anyway, my point is that I found the full MV and a whole lot more Hikawa stuff on this 170hi, like his other full MVs and even Kohaku performances. And while going down the rabbit hole, I came across this set of 4 videos that were linked by way of one of the enka prince's concerts; I later found that they came from his annual concert in 2007, " Kiyoshi Hikawa Special Concert 2007 Kiyoshi Kono Yoru Vol. 7" (氷川きよし・スペシャルコンサート2007 きよしこの夜Vol.7). His outfit was bizarre to say the least, but what caught my attention were the titles of the songs: Seiryu, Suzaku, Tora, and Genbu.

These creatures, collectively known as the Four Symbols, are Chinese constellations that have also made it's way to Japanese and even Korean culture. For example, they were used to label the different factions in the Aizu military troops during the Boshin War (when Japan was trying to fight to stay in its feudal system).

Being a fan of mythological creatures like these, I couldn't help but listen what Hikawa had to say about them. I listened to all of them and found them all interesting in their own right, so, I would like to share my opinions about each of them. I also decided to lump them all together in one article because these creatures are always associated with one another, and on looking through the meanings of these tunes, they more or less revolve around the topic too, which is that of of striving to achieve one's goals with the heart and soul of the titular being - o-enka songs.

Before beginning, I would like to say that all of the lyrics and melodies were brought to you by Koyomi Asa and Sotaro Mori (麻こよみ . 杜奏太朗) respectively. With that said, let's get the ball rolling. (By the way, to watch the videos, click on the numbers like "432P", etc. after you've clicked on the links here.) 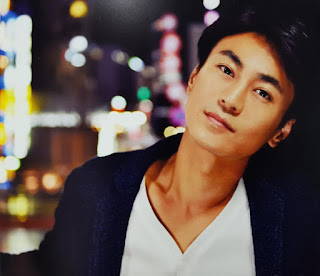 Whenever the Four Symbols are mentioned, the first in line tends to be the Seiryu, or Azure Dragon, which represents the East and the season of Spring. In the song itself, I would say that the dramatic and abrasive score accurately depicts a fierce and powerful dragon, with rumbling electric guitar and crashing cymbals reminiscent of thunder. And with a voice that is probably as loud as the roar of the dragon, Hikawa proudly proclaims that he'll fearlessly hold on to and chase his dreams. On his crazy chimera of an outfit, the Seiryu seems to be the most prominent with its overall bluish green, long trailing tail and scales. "Seiryu" was the first of Hikawa's Four Symbols series, being released on 1st September 2004 as a track in the album "Enka Meikyoku Collection 4 ~ Banba no Chutaro ~" (演歌名曲コレクション4〜番場の忠太郎〜). 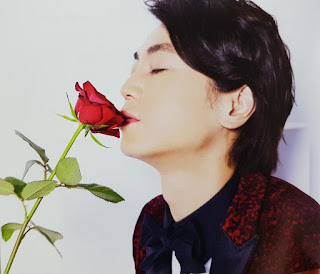 After the dragon comes the Vermilion Bird, or Suzaku. And unlike what I had initially assumed, the Vermilion Bird and the Phoenix are not the same creature. Anyway, the Suzaku represents the South and the season of Summer. "Suzaku" sounds gentler with more focus on smooth and languid strings, which I suppose can be likened to the bird gracefully gliding through the skies. However, it sounds just as regal. Here, Hikawa sings about pursuing what he believes in a (comparatively) softer and controlled manner, even if setbacks come in to threaten the stable beat of his "wings". The Vermilion Bird can be seen via the long feathers on one of Hikawa's shoulders, although I kind of wonder if the coat tail equates to the birds own tail. "Suzaku" flew out on to the shelves via the "Enka Meikyoku Collection 6 ~ Ikken ~" (演歌名曲コレクション6〜一剣〜) on 28th June 2006.

Roaring into the scene quite literally is the White Tiger, or Byakko, which represents the West and the season of Autumn. Despite being known as Byakko, the song was titled a simpler "Tora", and with it we're back to the boastful style similar to "Seiryu" but less ostentatious and a stronger air of dignity. As he proudly struts about our protagonist has faith in his ability to charge forward no matter the distance towards his goals with the heart of a tiger. The huge salt and pepper shag carpet on Hikawa's shoulder is what I believe to be the Byakko part of the costume...? It really looks like it belongs on the floor of someone's house. "Tora" had actually stepped out into the scene earlier than "Suzaku" on 23rd November 2005 in "Enka Juu-Ni Ban Shoubu! ~ Omokage no Miyako ~" (演歌十二番勝負！〜面影の都〜). 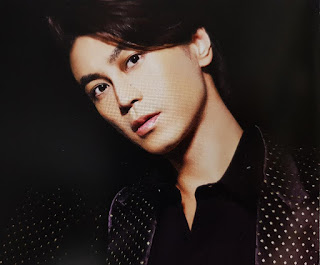 Finally, we have the Genbu, also known as the Black Tortoise (that has a snake as a tail), which represents the North and the season of winter. Up to this point, the Four Symbols have been rather majestic creatures, but the last doesn't exactly fit into the "majestic" mold, does it? A tortoise is slow and lumbering, which can be heard from the heavy, rhythmic beats of the melody to "Genbu", but then again, one could turn it these traits into stability and being sure-footed. And I think that's what the lyrics are trying to get at: While, yes, there are times when there's nothing you can really do, the best thing you can do is stay firm in your beliefs. Now, while the dragon up to the tiger is pretty obvious on Hikawa's garb, I have some problems in seeing where the tortoise lies. I suppose it's the long dangling chain from his hip that's meant to look like the Genbu's snake...? At this point, I've given up on dissecting this Frankenstein's monster suit. "Genbu" took its time in making an appearance, coming out 3 years after "Seiryu" on 19th September 2007 in "Enka Meikyoku Collection 7 ~ Abayo . Kiyoshi no Sora Bushi ~" (演歌名曲コレクション7〜あばよ・きよしのソーラン節〜).

That about does it for this article. I hope you've enjoyed the odes to the Four Symbols as much as I did. If I had to pick a favourite, it'd be between "Seiryu" and "Tora". What would yours be?

P.S. Hikawa's record company really knows the words "Fan service" front and back because all his albums come with lots of photos of him in a myriad of poses. That said, I kind of wonder why they don't venture into other memorabilia like pins or key chains. Those would definitely sell like hotcakes, and I wouldn't mind getting a pin with him on it either.