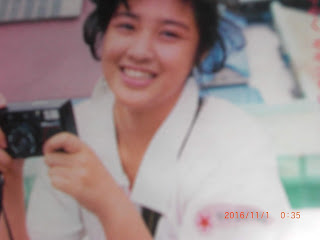 I had been thinking about keeping it to two articles tonight, but I kept on forgetting that I ought to mention that thanks to everyone's help this year, we've been able to exceed the largest total number of articles in the blog's history. The record was 808 articles set in 2016 but we passed that number a few days ago and this one is No. 818. How far can we extend it by Kohaku Utagassen time?🎆

Let me celebrate by indulging in my favourite genre in Japanese music, City Pop. Although Momoko Kikuchi's（菊池桃子）music in her early years from the mid-80s has been officially classified as aidoru, I still can't help but feel that there is that urban contemporary element in a lot of her singles. And "Mou Aenai Kamoshirenai" (We May Never See Each Other Again) is no exception.

Kikuchi's 6th single from September 1985, the setting of "Mou Aenai Kamoshirenai" could be any small train station in the countryside or bedroom town away from the city, but this musical telling of a relationship coming to an end just has this arrangement of city life. The fact that the song was created by lyricist Chinfa Kan（康珍化）and composer Tetsuji Hayashi（林哲司）has something to do with this. Both songwriters have also worked with singer Anri（杏里）and summery group Omega Tribe, two acts who have happily resided in the City Pop/AOR genres for years.


The urban contemporary Kikuchi chemistry is interesting. There are those soft, almost whispery, Momoko vocals matched up with the tinkly synths and prerequisite City Pop bass and guitar. For "Mou Aenai Kamoshirenai", the mysterious keyboards come into play first before things quickly go downtown and down to work. Although the lyrics talk about that slow painful walk to the station, I keep visualizing the bustling metropolis as Kikuchi sings them.

At the time, the top aidoru from the early 1980s were evolving somewhat. Seiko Matsuda（松田聖子）was perhaps taking that hiatus, Akina Nakamori（中森明菜）was making that leap into pop superstar, and Kyoko Koizumi（小泉今日子）, though still the quintessential aidoru, had her own style of bouncy and sassy attitude. With Kikuchi (and this is just my own theory), perhaps her soft innocent singing paired with the cool urban sound for at least some of her songs was her style that may have rubbed off on some of her fellow aidoru and their songwriters. The reason I think that is that I believe I have heard similarly urban-sounding tunes by the teenyboppers during those years in the late 1980s to the point that my university years could be partially melodically painted with that certain Kikuchi style of aidoru. Of course, Anzen Chitai（安全地帯）and Akina were also in full recognition but when it came to the overall aidoru, that certain sound came to the fore. Moreover, Miho Nakayama（中山美穂）and Shizuka Kudo（工藤静香）and Onyanko Club（おニャン子クラブ）were obviously present as well, but I think fans had already started noticing them as being special.


Anyways, the night is getting late and I'm risking making my ramblings turn into a full-blown lecture. "Mou Aenai Kamoshirenai" hit No. 1 on Oricon and became the 40th-ranked single of 1985. It is also recorded as a track on Kikuchi's 3rd album, "Adventure" from June 1986. Enjoy your Pocky! In addition, I have to thank Van Paugam since his radio tonight featured the song which got me to write about it. 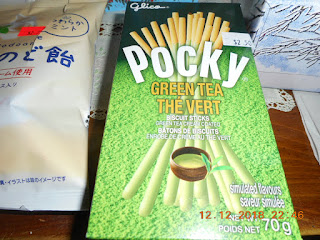