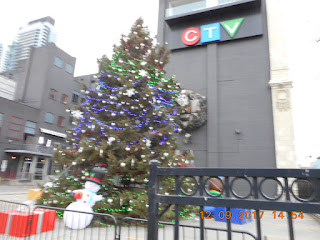 When it comes to Christmas in Japan, the adopted holiday (though not statutory) hasn't exactly shown the religious aspects to any large extent, and I think the Santa Claus side of things is even more decorative than anything else despite the sightings of Xmas trees and red-and-white suits.


In Tokyo, it's all about the massive amounts of illumination cascading everywhere in the major parts of the metropolis. As for the celebratory elements for the citizens, Christmas is partially a third Valentine's Day (after the original on February 14th and then White Day on March 14th) and a time for young folks to dress up and enjoy the party atmosphere. Good luck on getting that reservation at that hotel or restaurant on December 24th. Furthermore, perhaps this is still true in that Kentucky Fried Chicken probably still does volume business.


That's the image that I realized while watching the video for paris match's "Silent Night". When I had first seen the thumbnail and the title for it on YouTube, I naturally assumed that it was the group's take on the traditional Xmas classic. In point of fact, though, it is a stylish paris match original.

The theme of Xmas is definitely in the lyrics and the video (all of Shibuya, West Shinjuku and Yokohama's Minato Mirai are presented as one big illumination event...someone truly loved playing with the video editor), and it just feels like the ideal background music for a typical metropolitan Christmas adventure in Japan. "Silent Night" was part of the special Winter album by paris match, "song for you" which was released in November 2002. The music is cool and jazzy, and apparently according to the paris match website, the song was created with some inspiration from the sophisti-pop group The Blow Monkeys which first found fame in the 1980s with "Digging Your Scene".
Posted by J-Canuck at 8:27 PM