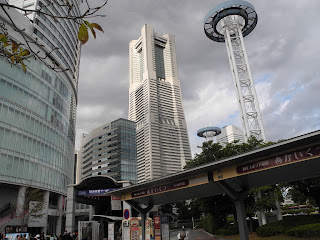 Depending on where you are, Happy New Year! It's been a nice and quiet New Year's Eve so far here in Toronto and would like it to stay that way.

Woke up at 8 am to see the last number of minutes of this year's Kohaku Utagassen live on NHK via TV Japan, and no worries on that, since there will be a re-broadcast of the show later on tonight. Looks like there may have been more highlight-worthy scenes than usual this time around for what has been billed the final Heisei Era Kohaku. For me, so far, Kenshi Yonezu（米津玄師）and Misia were great, Ringo Shiina（椎名林檎）is never boring, and then there was the pretty exciting finale with Southern All Stars (サザン・オール・スターズ） seeming to celebrate not only their return to the actual Shibuya stage but also their 40th anniversary in show business. I don't think that there has ever been a situation in which Keisuke Kuwata（桑田佳祐）, Yumi Matsutoya（松任谷由実）and Saburo Kitajima（北島三郎）have ever shared the stage while "Katte ni Sinbad"（勝手にシンドバッド）was playing.


Anyways, one act that I am looking forward to seeing is Suchmos although I'm not crazy about their choice of "VOLT-AGE" as their contribution to the Kohaku. I tried listening to it again last night on YouTube, and I realize that the song was used as the theme song for NHK's coverage of soccer games, but it still really didn't grab me.

So last night, I was looking around to see if there was another Suchmos song that I would like as much as I have "Stay Tune" from January 2016. And in fact, I did find one in the form of Suchmos' first track, "YMM" from their debut album "The Bay" (nothing to do with our national department store but most likely Yokohama Bay) from July 2015.

"YMM" is the abbreviation for "Yokohama Minato Mirai", the modern urban development right by Yokohama Bay and an area that I used to visit from time to time over my years in Japan. For me, it was a nice area to dine and walk around (the Cup O' Noodle Museum is right there), but I guess for vocalist and lyricist YONCE, it's the happening place to be...perhaps preferably under some pharmacological assistance at night according to what I've read in the lyrics and seen in the video. To be honest, powdered hot chocolate and boiling water will be as close as I will ever get to that state.


Anyways the tune created by Suchmos is an enjoyable funky strut with some of that bass reminding me of Tatsuro Yamashita's（山下達郎）City Pop days, and the entire song getting me all reminiscent of Jamiroquai. I think that line in the refrain "I'm so cool, he's so cool, she's so cool, we cool. And you?" just says it all about painting the town red as a group of buddies in their 20s (and probably many other colours) on a Saturday night.

"The Bay" made it up to No. 26 on Oricon. I was reading one Japanese commenter's remarks on YouTube where he/she indicated whether Suchmos may just end up as a one-hit wonder. I really hope not since I think they've got some things to say in the music department.
Posted by J-Canuck at 2:20 PM

Email ThisBlogThis!Share to TwitterShare to FacebookShare to Pinterest
Labels: 2015, J-R and B, Single, Suchmos