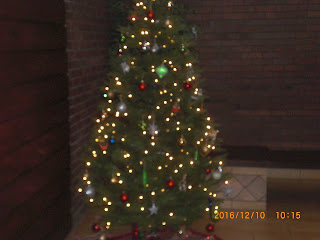 Ladies and gentlemen, welcome to December! It's amazing how rapidly 2018 has sped by, but here we are. November was a pretty good one when it came to this blog since we not only achieved the largest number of articles (81) for any month in the history of "Kayo Kyoku Plus", but we've also surpassed the entire count for 2017 (mind you, there were those two trips to the Caribbean and Japan last year) and it looks like we may exceed the total for 2016 (808) which is the largest number of articles for any one year since KKP started in 2012.

Anyways, that's enough of the braggadocio...


It's December 1st so let's start off with a J-Xmas tune. Mind you, going through the lyrics of "Yuki no Ne" (Sound of Snow) by the band Greeeen, there isn't anything in there that specifically refers to the jolly season, but it's got the jingling bells, the happy sing-song melody, a wintry setting, and romance, and that's good enough here.

This is the first song by Greeeen that I've heard proper, let alone put it up as their first entry onto the blog. However, I've known about this pop/rock band for years because of that spelling in their name. And it turns out that the 4 e's represent the number of band members who are HIDE, navi, 92 and SOH. Plus, they are Japan's most musical secret dentists, according to what I've read about Greeeen on Wikipedia.


I found out about Greeeen's 18th single "Yuki no Ne" from December 2012 through one of the YouTube-placed J-Xmas compilations that I've encountered. I've already played it a few times as I write this which is a darn good sign for my ears and Xmas memories. Written and composed by the band, it was also used as the commercial song for the annual JR SKISKI series by East Japan Railways. As I've said, "Yuki no Ne" is the first Greeeen song that I've listened to, but I've got the impression that it's combined their sound with a cheerful Xmas toy march.


"Yuki no Ne" peaked at No. 6 on Oricon and is also a track on Greeeen's 5th album "Ii ne!"（いいね!(´・ω・｀)☆...Great, Ain't It!）from June 2013. That album went as high as No. 3 and placed at No. 44 on the 2013 charts. As I indicated above about their media shyness, they've never revealed their true names nor their faces on TV, and apparently go to great lengths to maintain their anonymity as you can see in the above interview from 2016. I had been wondering as well about how they take care of this during concert tours; well, my curiosity was answered at 3:57 in that video. I guess dentists are a really shy bunch in Japan.

Ah, one other trivia tidbit that I gleaned from Wikipedia is that Greeeen's sound production is handled by HIDE's older brother, JIN, who is a former guitarist from the band Pay money To my Pain which already has some representation on the blog.
Posted by J-Canuck at 3:31 PM