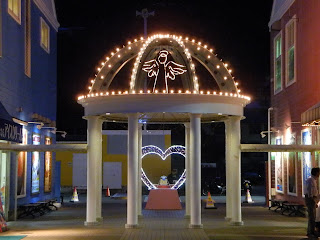 After first hearing about singer-songwriter Vickeblanka（ビッケブランカ）through his super-catchy anison for the show "Double Decker" and writing an article about "Buntline Special" in late October, I started getting rather curious about the fellow and his work judging from some of the thumbnails for his music videos on YouTube. Then, last Tuesday, one of my other friends who also has his own passing interest in anime even mentioned that he wouldn't mind getting his hands on a copy of that very song himself.


So I decided to check out those other videos and have been pretty impressed thus far. I mentioned in the "Buntline Special" article that he's been influenced by artists such as Elton John, Michael Jackson and Billy Joel. Somewhat like Joel, especially early in his career, Vickeblanka has been somewhat of a musical chameleon. I've gotten hints of Steppenwolf's "Born To Be Wild" from "Buntline Special" while a couple of his other songs have revealed mellow middle-of-the-road guitar-based J-Pop along with a danceable tune as well.

Then, there is "Slave of Love", which is the title track for his 2016 album which has shown to me Vickeblanka's apparent love of "Killer Queen". I actually chuckled with some happy glee at the singer's take on Freddie through his high-toned vocals and the guitar solo. Judging from the fun video as well and one other video of his, Vickeblanka does like to dance around. He may not be a Michael Jackson but he does have the "Glee"-ful spirit of Fred Astaire and Gene Kelly within him, I believe.

I'm going to be looking forward to his future stuff on stereo and screen.
Posted by J-Canuck at 2:27 PM