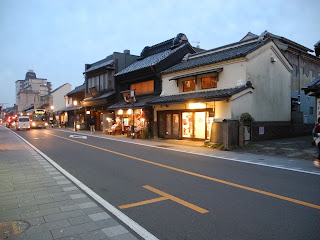 Finished off my final lesson with my student for this year and then I caught some of "The Da Vinci Code" with a horribly-coiffed Tom Hanks. I never caught onto the Dan Brown books despite how crazy the mania became for them. Apparently, the impression that I got from them was that the book was basically airport kiosk material that punched way above its weight.


Anyways, it's past 11pm as I write this on a Saturday night, and it's time to cool down before retiring, so perhaps a bit of slow and mellow nighttime jazz is in order. I found this one sung by akiko, a jazz singer from Saitama. There's another singer with the same stage name although she's in the R&B genre and started her career about half a decade earlier in the mid-1990s, which is why I've distinguished this akiko with the (jazz) attachment.

From her 2003 4th album "akiko's holiday", I bring you "Good Morning Heartache", a cover of a Billie Holiday standard from 1946 created by Irene Higginbotham, Ervin Drake, and Dan Fisher. During my jazz phase, I did go to a few concerts and clubs here and there in Tokyo such as Dug in Shinjuku, and one regret that I do have is that I never got to see one of those trios or quartets playing the cool jazz of the 1950s. I'm not sure if I have my genres correct, but perhaps to pin things down a bit further, I did enjoy the material by folks like Chet Baker and Bill Evans.


akiko's take on "Good Morning Heartache" has that feeling. Curling smoke lifting from a cigarette and a glass of scotch being nursed gently close to the midnight hour in a small club is the image I have when I hear this. I like all sorts of jazz but this is the type of stuff I like when it gets close to closing time. Another reason that I like "Good Morning Heartache" is that the arrangement here reminds me of old episodes from the "Night Ride" series that I used to watch while I was pulling an all-nighter for my studies back in the 1980s. It's all-so-nostalgic watching what downtown Toronto looked like when I was still a university student.


For comparison's sake, here is the original by the divine Lady Day. Sleep tight.
Posted by J-Canuck at 11:44 PM