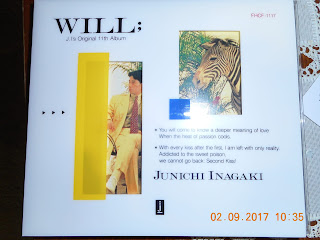 Considering the time of year and the singer of note here, perhaps I ought to be discussing "Christmas Carol no Koro ni wa"（クリスマスキャロルの頃には）or "Merry Xmas ga Ienai"（メリークリスマスが言えない）. However, they were given their own articles years ago, so you can take a look at those after reading this one, if you wish.


Actually, maybe I can say that this one by Junichi Inagaki（稲垣潤一）is for those folks in a more wistful mood or in desperate need for summer to come their way again. "Omoide no Beach Club" (Beach Club of My Memories) was Inagaki's 11th single from April 1987, and it's a warm and sunny ode to a beloved and once-popular club surrounding a swimming pool that now lies empty.

Masao Urino's（売野雅勇）lyrics speak of a past romance which took place discreetly at that club back in the day, and it's pretty much clunked onto the head that it is very much a past romance. But the memory is still a bittersweet one with perhaps the accent on sweet. Tetsuji Hayashi（林哲司）is the man concocting the music for "Omoide no Beach Club", and I especially like the refrain part which sounds like something from an old Motown tune. It also comes across as quite different from his works for Omega Tribe.


The song also made it onto Inagaki's 7th studio album "Mind Note" from March 1987. And it even became the campaign song for Canada Dry's ginger ale. Always nice to have something carbonated for those stifling Japanese summer days. Well, mind you, I was also quite partial to Calpis and Max Coffee.
Posted by J-Canuck at 7:55 PM