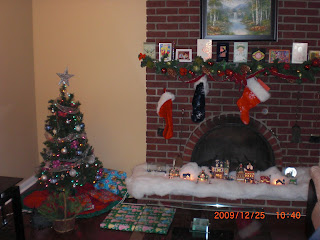 Heck of a time for me to put in an Xmas-themed song but to be honest, I hadn't even known that it was a Christmas song of sorts.

Moreover it's been so long since I had written about a tune by the Okinawan song-and-dance duo HALCALI that I just had to squeeze this one in before retiring this Sunday night. And Halca and Yucali always used to come up with the catchy tunes alongside their just-as-eye-catching dancing, too.

"Strawberry Chips" was HALCALI's 4th single from November 2003, and I distinctly remember the music video with the girls bopping about in their Christmas tree costumes and then smacking each other with strawberry shortcake, a common cake during the Yuletide in Japan thanks to stores like Fujiya. Plus, the melody by DJ Fumiya from hip-hop group RIP SLYME just grabs my ears right away with the beefy drum and the disco strings. The song also seems to be imbued with not only early 1970s soul but even some of that Motown sound; in fact, I almost felt like categorizing it as a Shibuya-kei tune as well.

The lyrics were provided by RYO-Z, another member of RIP SLYME and they seem to be about having that great Xmas party with all of the fixings including champagne. However in the end, the young lady involved heads home alone. It's indeed that Xmas song that doesn't sound like an Xmas song, aside from a few jingle bells here and there. "Strawberry Chips" peaked at No. 22 on Oricon and was placed on the album "Ongaku no Susume"（音樂ノススメ...Recommended Music）, HALCALI's second effort which was released in November 2004 and got as high as No. 24.