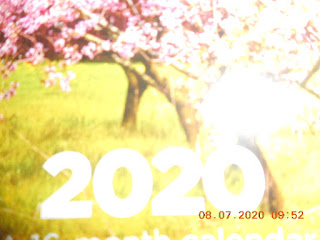 When I was watching the NHK special "Live Yell" last weekend, it wasn't just Misia's "Welcome One" that caught my attention.

Singer-songwriter Koji Miyamoto（宮本浩次）, the vocalist for the rock band Elephant Kashimashi（エレファントカシマシ）, has always struck me as being somewhat of the eccentric persuasion with the regular jostling of his huge mop of hair and his dramatic slightly Nicholas Cage-esque quips. However, I also believe me that he is a good fellow and perhaps a poet laureate underneath that layer of weirdness.

When I heard Miyamoto sing his creation of "Yoake no Uta" (Dawn Song) on Saturday and then watched the original music video, I was also struck by how smooth and lilting his voice was. "Yoake no Uta" comes from his March 2020 solo album "Miyamoto, Doppo."（宮本、独歩。...Miyamoto, Walking Alone） and I think of it as a celebratory pop waltz wrapped in a rock arrangement. Having no connection with the old kayo of the same name sung by Yoko Kishi（岸洋子）, it almost feels like something to be performed in the local pub as a singalong after everyone has given their toast to getting through some joint adversity which is something that most of us are probably feeling right now. Indeed, Miyamoto's lyrics relate hope and optimism for the future.

I don't know how long the above video will stay up but this is the coverage of Miyamoto from last weekend's "Live Yell" performing "Yoake no Uta".

The song was also used as the ending theme for the TV Tokyo documentary series "Gaia no Yoake"（ガイアの夜明け...Dawn of Gaia）.