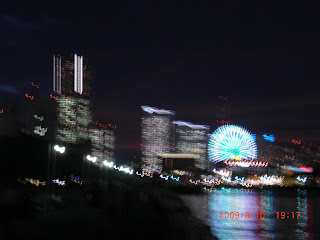 Seeing that I mentioned Southern All Stars（サザンオールスターズ）in my last article, I realized that I have yet to put up an SAS article this summer, and we are already in August.
When Keisuke Kuwata（桑田佳祐）and company ended up creating a song for their June 1978 debut single, "Katte ni Sinbad"（勝手にシンドバッド）, that has since become one of their most beloved classics in their 43-year-old career  it's easy to forget that there was a B-side. Yes, Virginia, there was indeed another song on the other side of that vinyl 45".
And you know what? It's quite a nice corker on its own. "Attate Kudakero" (Hit and Crush) by Kuwata isn't nearly as legendarily chaotic summer fun as its A-side compatriot but it is still an enjoyable strut. The J-Wiki article for "Katte ni Sinbad" has oodles and oodles of text dedicated to the song but "Attate Kudakero" has just the one line stating that there is a Motown rhythm underlying it. Well, it's not just the Motown (although I can hear the tribute to "You Can't Hurry Love" in the intro). I can also pick up on some Stevie Wonder soul, ragtime piano and maybe even some Beatles devil-may-care playfulness. Someone even toodles away on a jazzy guitar two-thirds of the way through.
That one-line summary for "Attate Kudakero" also states that Kuwata incorporated at least the idea of the Kumamoto Prefecture-based folk song, "Otemoyan"（おてもやん）, into his lyrics. "Otemoyan" involves a Meiji Era maiden falling for and eventually marrying a man who doesn't exactly have the smoothest or nicest face on Earth. Kuwata's lyrics almost stand for a response to any doubts that the maiden has had about the relationship, exhorting her to ignore the rumours and hit and crush any of those doubts and the doubters themselves.
Posted by J-Canuck at 3:46 PM