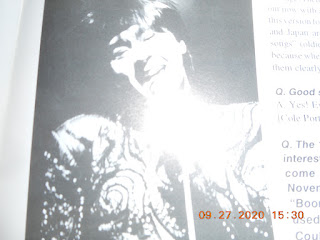 It's Simcoe Day in Toronto so a good chunk of the population if not everyone is having a day off, and I'm just relaxing from my usual translation duties. The Tokyo Olympics are now a little over half way done with both Japan and Canada enjoying a nice variety of medals despite the typically hellfire that is summer in the city and COVID.

Speaking of the Olympics, I'd thought that Mari Hamada's（浜田麻里）"Heart and Soul" was the first time that a Japanese pop song was used as a theme for an Olympic TV broadcast, and indeed it was NHK's inaugural Olympic song for the 1988 Seoul Games. Apparently, it shares that distinction with Hound Dog's "Only Love" which was adopted by NTV for its Olympic broadcast that year. I found this out through a webpage put up by Entamedata which lists the various Olympic themes used by the Japanese TV networks over the decades.

Well, I was a tad surprised to find out from that particular list that yet another kayo from several years in the past before "Heart and Soul" had been given the attempt to become an Olympic theme, and it was recorded by none other than Hideki Saijo（西城秀樹）. The song was "Ore-tachi no Jidai" (Our Times), Saijo's 33rd single.

Released in June 1980, the original cover of "Ore-tachi no Jidai" had Saijo on the track ready to fly through the 100-metre dash as the song, written by Takashi Taka（たかたかし）based on the original lyrics by Masato or Masahito Kumano（熊野昌人）, composed by Kimio Mizutani（水谷公生）and arranged by Jun Sato（佐藤準）, begins with a rock riff followed by an upbeat funky and marching melody led by a beefy bass, tinkly synthesizers and a horn section and then ends with a strangely jazzy twist. Incidentally, this is just my theory, but I'm wondering whether the use of that synthesizer heralded what a lot of sports show themes would sound like in the years to come on Japanese TV. When I listen to Saijo singing "Ore-tachi no Jidai", I really feel like that he's putting some extra Saijo in his vocals for some reason.

As I said off the top, this was to have been an official Olympic song and according to that Entamedata list and J-Wiki, it was used by TV Asahi for one particular Olympic-themed special, but the real client was the Japanese Olympic Committee itself which was going to use "Ore-tachi no Jidai" as a cheer song for the 1980 Olympics in Moscow. Unfortunately, due to an international crisis looming over Afghanistan at the time which had the United States and the Soviet Union enter another one of their global fights in the Cold War, America and its allies, which included Canada and Japan, boycotted the Moscow Games. As a result, according to the J-Wiki article for "Ore-tachi no Jidai", that meant changing the cover for the single mid-sale to something more sober as you can see at the bottom.

Still, the single did pretty well by breaking into the Top 10 at No. 6 and finishing 1980 as the 99th-ranked single. I like the B-side "Moonlight Dancing"（ムーンライト・ダンシング）even more and you can read my personal recollection of that song there.