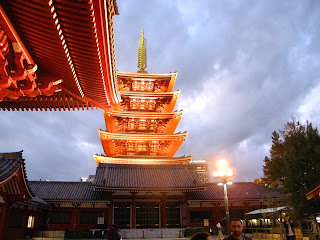 Over the past several weeks that the sports events of the Tokyo Olympics, the Paralympics and the annual high school baseball tournament at Koshien Stadium in between, there have been a lot of cancellations on the NHK schedule. That includes the kayo program "Uta Con"（うたコン）, and though I haven't exactly curled up into a traumatized fetal position because of its weeks-long disappearance from the television, I'm hoping that it will be returning fairly soon. It would be nice to get some of the old music back into my ears again.

Well, until that happens, there is always YouTube. And indeed, I did find an oldie but a goodie from November 1948. "Sayonara Rumba" (The Goodbye Rumba) was performed by Akiko Futaba（二葉あき子）as one of her string of hits in the immediate postwar period along with her cover of "Yoru no Platform"（夜のプラットホーム）.

Written by Ko Fujiura（藤浦洸）and composed by Takio Niki（仁木他喜雄）, "Sayonara Rumba" has that flavour of that swanky Latin nightclub in a snazzy area of Tokyo such as Ginza (although I'm not sure how ritzy the neighbourhood was in 1948 so relatively soon after the war). In addition, judging from Fujiura's lyrics about fondly but adamantly saying goodbye in some nighttime establishment after a torrid love affair, perhaps "Sayonara Rumba" can also be considered to be a predecessor of the typical Mood Kayo. Simply have that final dance on the floor before fading away in two directions.

Covers of "Sayonara Rumba" have been done over the years by singers such as Mitsuko Nakamura（中村美津子）and Machiko Watanabe（渡辺真知子）below.