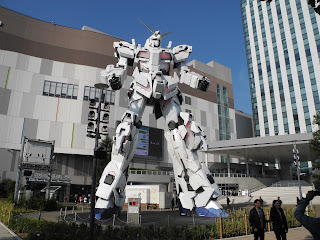 Well, it's been quite a few years since Tokyo Joshi Ryuu（東京女子流）, aka TOKYO GIRLS' STYLE, was up here on "Kayo Kyoku Plus". I think the last article up was Marcos V.'s own special selection back in the spring of 2018. And I have to thank Marcos for introducing me to TGS in the first place through his article for "Partition Love" which came out in 2014, and since that was the year that I did my first visit back to Tokyo since coming home for good, I was more than happy to get my own copy of the single.
Now, I come across this even earlier single by TOKYO GIRLS' STYLE that was released in May 2011. It was not only the group's 6th single, it was also a double A-side single titled "Kodou no Himitsu/Sayonara, Arigato"（鼓動の秘密/サヨナラ、ありがとう。...Secret of the Beat/Farewell, Thank You.）. I'd like to talk about that first song "Kodou no Himitsu" which was written by c. close, otherwise known as Chihiro Kurosu（黒須チヒロ）, and composed by Sho Watanabe（渡辺翔）.
It's very appealingly quirky and blippity-bloppity but at the same time, I also treated it as something very old-fashioned, and I'd been knocking it around in my head wondering why I would think that latter opinion. Finally, I figured it out. There's something very Taeko Ohnuki and Ryuichi Sakamoto（大貫妙子・坂本龍一）circa early 1980s about the arrangement which was handled by Hiroshi Matsui（松井寛）in terms of the synthesizers.
Some of that quirkiness apparently filtered into the official music video, I see. I especially like some of that jittery choreography for "Kodou no Himitsu" which relates the story of someone falling head-over-heels but not knowing how to approach the target of their dreams. Oh, that kataomoi again. In any case, the single peaked at No. 24 on Oricon, and the song became part of TGS' first album "Kodou no Himitsu" which hit the shelves in May 2011 a couple of weeks before the single. The album reached No. 25 on the charts.
Posted by J-Canuck at 10:13 PM