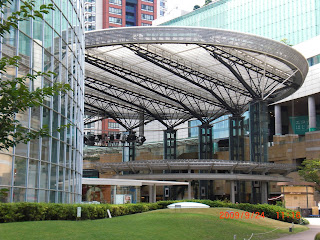 Had a talk with Scott from "Holly Jolly X'masu" and he has just put up his latest episode on Ryoko Moriyama's（森山良子）Christmas album so feel free to take a gander at that if you want to get into that cooling mood away from the heat and humidity (and yep, it's plenty hot and humid here in Toronto...there was a huge sweat stain on the back of my shirt after returning from some errands).

Also, he brought up the topic of singer Natsu Summer（ナツ・サマー ）and it was a name that I had heard before, and sure enough, a few years ago, contributor T-cat had written about her for the first time through one of her albums, the 2017 "Hello, future day". So I decided to see what else I could find about her.

She has described herself as a City Pop Reggae artist but T-cat also mentions that with "Hello, future day", Natsu Summer's sound hasn't really confined itself to any one category. And I am in agreement with him when it comes to her July 2019 single "Toki no Silhouette" (Time Silhouette).

There really is a mix of stuff with this song. For the first few seconds, it's a mystery about how Natsu will go with the song but then the melody joins her vocals, and I immediately get hit with that push beat of reggae via piano, some neo-City Pop via the Vaporwave/Future Funk filter, a bit of synthpop, and even what sounds like a tribute to Bobby Caldwell's classic "What You Won't Do for Love". It's quite the melodic gumbo but above all that is Summer's fairly ethereal voice and a veil of synth strings.