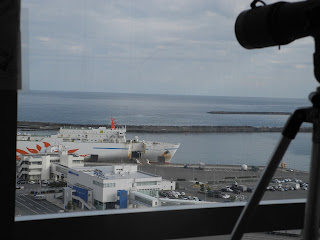 The above photo is from the top of the Marine Tower in Oarai, Ibaraki Prefecture. For those anime fans, you know why I was there. Oarai is the pilgrimage town for all those who are mad for the franchise "Girls und Panzer". I decided to make a stop there during my Tokyo trip in 2017 just to see what an anime pilgrimage is like. I actually took the shot from a restaurant specializing in "Girls und Panzer" paraphernalia and the theme was a classroom where I could partake in one of the kyushoku that the tank-driving girls had at school. 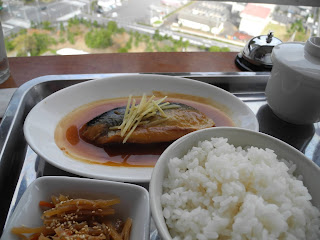 Well, this was my lunch with the main dish being stewed mackerel and since I do love my mackerel (not everyone does), I was quite satisfied with my meal overlooking Oarai Harbour.

Sadly, I forgot which one of the main characters actually preferred the mackerel lunch, but no matter. The topic of this article also has nothing to do with "Girls und Panzer". I only put up the photo because it does reveal some seaside parking, and that is also the title for the late Junko Hirotani's（広谷順子）song "Seaside Parking". That's about as disjointed a segue that I have ever come up with recently.

Right from the start, we can all hear the sunny Doobie Bros. Bounce in the melody by Hirotani herself with the arrangement by Ichiro Nitta（新田一郎）from the fusion band Spectrum（スペクトラム）. Yumi Morita（森田由美）provided the lyrics that probably depict a far more romantic and cheerful scene than my top photo as perhaps a couple is enjoying that drive out by the ocean. This is Track 4 from her February 1983 album "Enough". 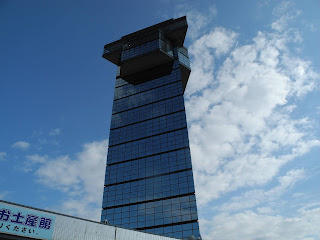 That is the Marine Tower. 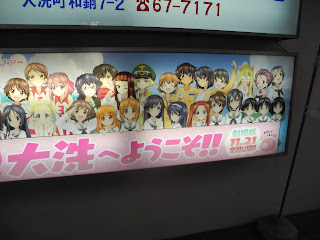 And that is the huge cast of characters from "Girls und Panzer". It was a nice time in Oarai but I wish that I had been in as good a mood as Hirotani was. I almost sprained my ankle on the way to the Marine Tower so I was in a bit of pain. Luckily, the mackerel helped.