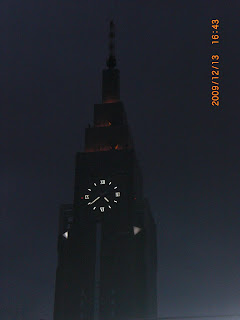 Another scorcher in the city...relatively speaking. I still remember the really hot summer days and night in Tokyo, and I try to use the memories of those to keep myself cooler. Yet, the ancient fan behind me keeps rotating.

Truly, I wasn't trying to create some haiku up there (since obviously I was breaking the strict rules on the number of syllables in each line). In any case, let's get onto the topic of this fellow that I've only discovered recently, Makoto Shimizu（清水誠）who usually goes with his nom de guerre, Makoto. His track, "Time", from his inaugural album in 2003, "Human Elements", is quite the banger.

Makoto and British vocalist and composer Cleveland Watkiss created this snappy and propulsive "Time", which also came out as a single in the same year, and considering when "Human Elements" was composed, I've additionally been getting those Mondo Grosso vibes. Perhaps that might be because as much as Makoto is known as a drum n' bass man, he also brings in that 70s soul into the mix (maybe some Bill Withers?). I also read on his J-Wiki page that he was also influenced by Ryuichi Sakamoto（坂本龍一）, and that legend of course is someone who knows his way around a hook.

The fan reviews on Discogs for "Human Elements" haven't been all that amazing but for me "Time" is a nice way for me to greet Sunday and even get me to move around in my seat despite the sweltering heat out there.

The brothers Shuya and Yoshihiro Okino（沖野修也・沖野好洋）as Kyoto Jazz Massive applied their jazz and electronica to "Time" for a remix version of the Makoto original. However, I couldn't find out when exactly this version was produced. Speaking of Mondo Grosso, I first mentioned about KJM when the brothers contributed a song to the former's "Sakurahills Disco 3000" compilation back in 2000.